What about the people who hold omni? Do they get screwed?

Exchange omni.MAID to SNT will be fine. That question of mine was answered

At the minimum a snapshot method can be used which requires no movement of Omni.MAID

I think it is worse, volume seems to have fallen of a cliff, latest months. Might be the death of Maid if stable testnet don’t launch soon. Something seem to happened around beginning of february.

Are people are thinking you won’t be able to trade the omniMaid because the volume has disappeared? If trading in eMaid takes off liquidity will probably return to Bittrex for arbitrage anyway, won’t it?

I mean yes SNT will hold the same value as eMAID in the end, but everyone is currently in the now, which is a crazy ever changing landscape, with lots of numbers and tickers. MAID, eMAID, SNT. But yes in the end people are never screwed, in this case of getting onto the Safe Network upon successful iteration by MaidSafe engineering. You just have to make it to that end. And figure out new technology of ERC20 stuff in the now-landscape if something needs changing hands (just need to learn how to operate an Ethereum wallet, basically).

By extension, people not in the know will have no idea what is going on if they see MAID as an exchange ticker crumble because of the obsoletion of OMNI technology (an obsoletion at least in the mass public view now/lately, apparently).

There just has to be one exchange that holds OMNI MAID for the price to not do some undefined weird stuff right? Will HitBTC be that hope? Does it even matter if exchanges are real or not as far as ticker displays? Again, no way for arbitrage, but it would be weird to see Omni MAID be crazy sporadic—though never exceed eMAID’s price—if one weak exchange is the only thing that exists for OMNI’s version, or none at all (if possible).

As you can’t move from eMaid to Omni Maid, you can’t do arbitrage were you by eMaid and convert and sell Omni at a higher price. You are right that the two assets should represent the same price, given enough liquidity on the markets and a few other things. If there are some things, regional restrictions that allows for only buying eMaid, such things could give eMaid a premium. Wonder if eMaid will reach real exchanges or only scam DEX’s.

As you can’t move from eMaid to Omni Maid, you can’t do arbitrage

If eMaid carries a premium its a pretty easy process for anyone with BTC to buy on omni, convert it and the sell the eMaid. If you want to go full circle (which not everyone who does some kind of arbitrage wants to do, some may just want to buy or sell anyway and be looking for the best price) you can then use the Eth or stable coins or whatever you get for your eMaid to buy BTC again.

In the other direction people can sell omni, convert btc to whatever is used on the eth exchange, then buy eMaid.

I don’t see why you need to be able to convert back from eMaid to omni for any of that.

I don’t see why you need to be able to convert back from eMaid to omni for any of that.

Sorry, it is early for my brain, it has not woken up yet, you are right.

Wonder if eMaid will reach real exchanges or only scam DEX’s.

I wonder why you think the DEXs are scams? According to my observations, the daily turnover is manipulated in the centralized exchanges. I’m almost certain, for example, that MAID didn’t make 100-200k a day, because it was extremely difficult to buy MAID even for $ 1,000 without moving the price against yourself. While in the automated market makers there is no such problem. There, the liquidity is real and proven on the blockchain, verifiably visible to everyone:

I personally think omni Maid will dissapear from exchanges rather quick. Given the fact that it is a 1 way exchange from omni to erc and it requires KYC I’d expect there to be a premium price for the erc variant within seconds, especially given the nature (privacy) of the project.

It will take a few weeks hedging back and forward untill omni maid has dried up and exchanges will delist (and hopefully list the erc variant). I recommend everyone that wants to leave the option open to cash out before safe network launches to covert to erc20.

So there is only a matter of weeks to move maidsafe off the exchanges? That timing couldn’t be worse since my passport has expired.

To my knowledge I have not heard that Bittrex and HitBTC are planning to delist Omni maid. I think any concern around delisting stems from the general trend of different exchanges no longer supporting Omni.

I for one will move to eMAID just for the storage options for it.
I’ve never trusted OMNI, being able to store a coin in ledger or trezor is the game changer for me. 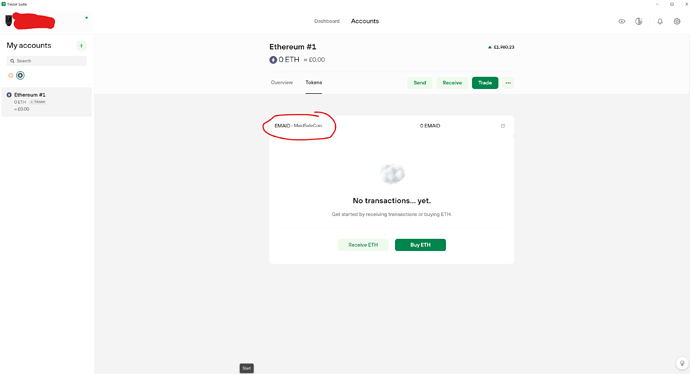 I have changed the title of the topic to include eMAID since it is about to go live in the near future.

Can someone post a link to the Idiots guide to transfer OmniMaid to eMaid?

Once it officially starts, I will do it for you friend

I still haven’t spent the Ether gas cost from moving my PDC to ERC20, since I heard it was a higher amount. Now I’ve kind of forgotten what I was even using for my Ethereum wallet for that PDC conversion. I’m sure I’ll find it. Think I might know where it is. Either that or I’ll just lose my PDC forever by never finding it. Actually I don’t even know what I’m talking about at all. Really hope there’s a surge of knowledge gathered toward some of the better wallets that people will actually remember, since it’s hard for some (like me!) to understand the Ethereum landscape—especially since ETH and SNT are kind of like rivals and thus I favor SNT and have less drive to learn about ETH, though maybe that’s just me. Anyway, yes, idiot’s guide, yay.

You sent your OMNI PDC to the burning address, but you did not run the eth transaction to claim it from the smart contract to your eth address, did I understand you correctly?

Right. I just haven’t felt like getting back to it, though I should now to practice for eMAID. It should be easy. Just sometimes I get unwell/brain fog, lovely stuff.

Once the beta test finishes, this will be shared as part of the official launch announcement.