Not sure I followed this, but yes after running set PATH=C:\msys64\mingw64\bin;C:\msys64\usr\bin;%PATH%, you’d expect gcc --version to return output like what I pasted above. Do note setting PATH like this is not persistent. So once you close command prompt and open again or open new window, you’d have to set it again. You can either edit the env variables from UI or just use setx PATH "C:\msys64\mingw64\bin;C:\msys64\usr\bin;%PATH%" to have it persistent. My guess is your rust installation i…

It doesn’t seem to work with all versions of gcc. I installed MSYS2 then installed gcc with pacman -S mingw-w64-x86_64-gcc then changed the path variable (control panel, system properties, advanced, environment variables) to add the gcc folder (c:\mysis64\mingw64\bin by default). For Rust I used x86_64-pc-windows-gnu 1.60 standalone installer.

That was the result of two hours of trial and error and I was so happy when it worked - and then so pissed off again when building Launcher node subsequently bombed. I’ve given up now but it would be great if someone could get that to work. I have a feeling it might need a Win7 machine to do it though.

uuuuggghhhhhhhgghhg I followed this and installed this and nothing is ever giving me anything close to something called “gcc.exe”

has nobody in the maidsafe community really ever gotten mock-routing to work on a windows machine? I feel that’s a big, important gap if it’s really unfilled!

I’ll try on the dev forum again, for the first time in many months

I’ll try on the dev forum again, for the first time in many months

I just replied there.

Or nobody cares about doze these days.

yeah but successful Alpha2 could still be months away who knows

need to be able to at least work on things

i guess everyone else is content with just waiting tho lol

yeah but successful Alpha2 could still be months away who knows

We should be relatively close to a Browser with Authenticator and Mock Routing. That would be very cool for devs out there.

@nbaksalyar has addressed most of them and we are updating the FFI bindings to support the changes. We hope to do some regression testing using the mock network early next week. Stabilising the authenticator and the apps against the mock network is the priority for the upcoming week.

Good work Maidsafe. Keep it up.

#Updated the link with the MAC OSX version! 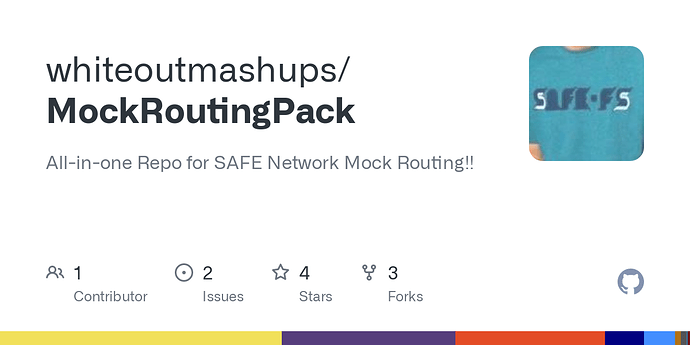 Reading the posts and update, I am truly impressed by the maid community and fans. Wonder how far along maid would be without this community. Here’s to the Maidsafe community!

hey does everything in mock-routing delete itself at the end of the session?

Things should remain in the mock version between sessions.

#ADDED ALL SAFE APPS INTO THIS REPO:

Step 1 here should not be needed. nvm will install node and npm for you.

That looks great. I opened a few issues with ideas I have to make the whole mock_routing experience a little smoother. I don’t have time to dedicate to them right now, but I might in the nearish future.

Keep up the great work!