well since MSFT looks like they are all hip on crypto and just added Factom after adding Ripple and Ethereum, I would suggest that someone from the mgmt team get in touch with the MSFT Azure people to make sure that Maidsafe s/w is available for us to use on Azure.

May I ask why and what will be the advantages? All I see is because X and Y did it as well.

the same case for why you would go to AWS to launch a pre-defined wordpress server, rather than wasting hours possibly days trying to do it yourself

Even the mention of SAFE in such a well known and widely used application is reason enough to at least explore the idea. Shit If It were up to me, I’d advertise through the utorrent app as well. If I had the time, I would compile a list of all of the most popular sites to advertise SAFE. The obvious ones (i.e facebook, twitter, etc) being unnecessary to list. Some initial ideas are: Online streaming sites like putlocker, projectfreetv, tubeplus. Conpiracey hubs like prisonplanet, infowars, etc. MMO sites like world of warcraft, world of tanks, etc. You guys get the idea.

Excellent idea. Its a no brainer this would benefit Maidsafe. Big rewards just gaining the attention of developers. Likely a little premature now but great time to prep for a marketing blitz.

All I see is because X and Y did it as well.

It might also serve as exposure of the SAFE Network.

[quote=“prophetx, post:3, topic:6487, full:true”]
the same case for why you would go to AWS to launch a pre-defined wordpress server, rather than wasting hours possibly days trying to do it yourself
[/quote]Hopefully community members will come along and can create pre-defined environments, so that we can just plug them in.

It seems weird though. I know that some have proposed migrating some private SAFE services to the cloud because it will happen anyway due to economies of scale etc. But there is something about moving true decentralization back toward centralization that would seem like points of failure were being reintroduced. What if a bunch of the SAFE community ends up running not only on ISPs but in Google and the elastic compute cloud and Azure and Apple. Its like two layers of corporate failure plus state influence coming back in. I’d like to see all the core hardware owned by the end users and based on some kind of toll road destroying total cord cutting mesh. Fine if the core is on FOSS style hardware that is somehow secured against hardware trojans and running SAFE OS. It fine to pirate out the infrastructure that we paid for (and is really ours) in the short term but in the medium and long term we need to strip away their enclosure power with obsolescence. The idea that firms like Comcast can talk back to the public and not be instantly destroyed is totally unacceptable. The idea that they can openly work against the public interest and not have their officers doing life sentences is just as unacceptable.

To be on azure the dev must sign a license agreement to contract with microsoft. In fact they have further just centralized themselves for a quick pump.

In the beginning it may be useful to use cloud services and other centralized server solutions together with SAFE. However, Azure is old tech. The SAFE net is new tech. So to use Azure in combination with SAFE is like trying to use a horse together with a car.

Instead what is needed is some form of grid computing layer on top of SAFE. That will blow the socks off people who are used to old centralized solutions like Azure, Amazon and Google Cloud services and render those clunky silos obsolete.

I think a lot of people just use them for development and QA environments to test things out, but maybe i’m wrong

Once someone figures out how to use maidsafe instead of azure. s3 or openstack block and object storage it will be the other way around: azure on safenetwork

It remains to be seen what the performance of SAFE will be: If latency is less that Azure then nearly everyone will move to SAFE, and if it is much worse then most business users won’t move.

You’re clearly ignorant of the caching features of the SAFE network.

You’re clearly not familiar with the fact that Azure had less tan 11 hours of downtime in 2015.

And the cloud provider with the best uptime in 2015 is…

An analysis of downtime at IaaS public cloud providers in 2015 by tracking firm CloudHarmony reveals that despite having the largest cloud offering on the market, Amazon Web Services had the least amount of outages compared to Microsoft Azure, Google... 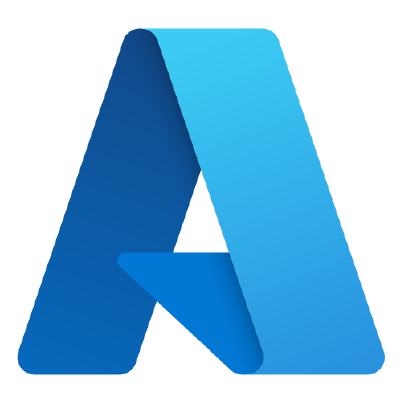