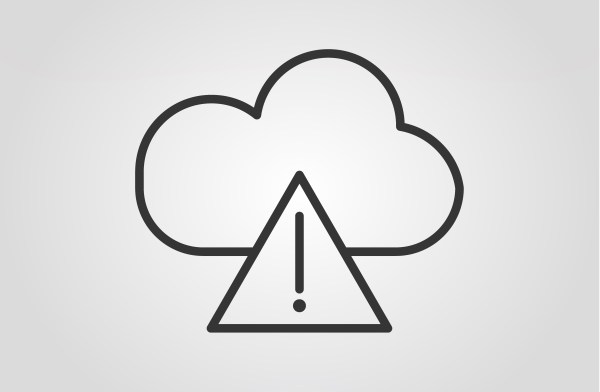 The end of the cloud is coming

We're facing the end of the cloud. It's a bold statement, I know, and maybe it even sounds a little mad. But bear with me.

It’s an interesting article. He requests that anyone with knowledge of good projects to tweet him, so I have.

Really good article, thanks for sharing @filipehdbr!. The author seems to understand well the need for the SAFE Network and the challenges the solution needs to overcome, so a really good one to follow up Sarah. I think he’ll be very interested in our consensus mechanism as well as our arguments about the importance of securing the data itself and not just the pointer to it (a la blockchain based storage).

Attention in how Safe Network is described:

Worth to mention filecoin (the ipfs protocol team) and their 205 million $ ICO.

I think this is fascinating!

It shows just how far ahead of his time, in observing all the inputs and thinking the situation through, David has been. The environment is finally forcing others to start to see the problem on a fundamentally different level, even though they still haven’t got the picture of what SAFE is aspiring to be and is accomplishing towards that.

I’m not worried about promoting SAFE too much. Not till it’s really ready to break through, anyway. (Unless @nicklambert thinks we should be more optimistic about launch than we are cautiously being.

Let the crowd continue to solve with the tools they already understand (blockchains, servers, etc.). This article is an example of reality starting to push the need for the SAFE Network’s broad solution into the public consciousness, even while trying to solve it on a patch-together basis. Few have the patience, comprehensive perspective and long-view that we so admire David for.

Oh well, at least were still getting bashed for that ICO and lumped in with Tezos.

It shows just how far ahead of his time, in observing all the inputs and thinking the situation through, David has been.

I have had the same thought many times! It’s one thing to figure out ways to use consensus in interesting ways in a post-blockchain world, it was quite another to start to piece together this much creative engineering back in 2006 with a blank board and a mission. Even if SAFE doesn’t succeed David deserves huge respect imo. There are very few people with that combination of vision, self-sacrifice and determination, they are the folks who change the world.

Yeah. Hard to know how (or actually if) he missed it. Bitcoin coming along put an interesting wrinkle in the roll out. Helped a lot in some ways, distracted in others. Everything became “blockchain” as THE solution, so perhaps that’s what was missed. Also, it really takes some looking or it is somewhat to bounce and not “get” what MaidSafe is doing.

Oh well, at least were still getting bashed for that ICO and lumped in with Tezos.

In this case, the comparison is valid for the purpose of the article. As we all know, the MAID sale was a mess that really hindered the project. Tezos made different mistakes, but the distractions are real there, too.

I have always hard time to explain others why SafeNet is the future and why so few people know about it. Maybe it is because it need genius to realize such think will be necesarry in the future. Smart people to realize he was right 10 years later and common people will simply not get it until it hits them as main stream technology many years later.

We’re really only at the start of ‘pioneers’, heck the creators are still making the basic product, you can’t get in to the disruption much earlier than that! Take pride in swimming against the tide and being part of the necessarily small group at the start of any of these disruption cycles imo. All you get when you follow the herd is trampled grass and piles of shit.

Helped a lot in some ways, distracted in others. Everything became “blockchain” as THE solution, so perhaps that’s what was missed.

Blockchain is the perceived technical solution for insiders agreed.

Bitcoin as David suggests, is the genuine ‘killer app’ of the blockchain and the phenomenon the uninformed masses are embracing… to the point of selling physical gold or houses to purchase.

So the question remains, do Maidsafe promote the technology or the ‘killer app’ to gain the recognition that this article proves…does not yet exist.

If the Scots are truly masters of getting value for money (marketing), then I would suggest the killer app is ‘the high road’ of lore and it’s ‘The Safecoin Network’ for the win

I predict that sidelining the killer app will go down as the biggest blunder for this project if ‘the low road’ is taken and they decide to bludgeon the public with the technology instead.

If your need to sell off a little more of the farm at some point, you’d better have a real buzz happening around your coin…sad but true.

Serverless = leaderless = answer to the control problem from AI research.

All you get when you follow the herd is trampled grass and piles of shit.

This made me chuckle, thankyou

I predict that sidelining the killer app will go down as the biggest blunder for this project if ‘the low road’ is taken and they decide to bludgeon the public with the technology instead.

I don’t think there’s any intention of bludgeoning the general public with technology. We’re just not to a point where promoting to a very broad public is useful. Too much too soon would be counterproductive.

As far as most will see, SAFE will be like Venus, “born full grown from the brow of Jove,” including all the apps that entice the rubes, like safecoin, as well as the marvels that the techies wonder why they didn’t see coming.

Further comments about this article can be found on hacker news:

Some interesting rabbit-holes to explore.

I always find comment sections on these types of articles a good insight to the current attitude of the near-future-target-market of safe. Still a long way to go.

We’re just not to a point where promoting to a very broad public is useful. Too much too soon would be counterproductive.

There’s no such thing as too soon when your dreaming about the future.

I would agree with you if the ‘Autonomous Data Network (ADN)’ was the star of the show, but it aint.

Safecoin was a late addition to the original ADN idea and I’m not sure that the primary benefit was perceived as a new economic/productivity system…more a way of pricing the storage and movement of data.

But what we have indeed is a new economic system that sucks in the value of the old into the new Fiat->Safecoin and in doing so unleashes a wave of productivity and innovation.

In time Safecoin will be ubiquitous, as will the engine on which it circulates.The difference being, that Safecoin will be part of everyday life, whereas the network becomes the fabric and taken for granted by all but the nerds.

I would suggest the Network should be taken for granted now rather than push it to the forefront, only to have it fade into the background again.

safecoin.io (Maidsafe property) should be the clear focus of the marketing dollar going forward. Promote the SAFEeconomy and what is possible within it, be futuristic, talk about the connected Robot networks and the other stuff David is passionate about like:

Machines that own themselves in bitcoin

A compelling business strategy for a fair world

Safecoin, why it’s safe and what it means for us all

MaidSafe is bitcoin for data

Data is the currency, literally!

This is why I think the air has gone out of this forums tyres and why the network is still under the radar…it’s all nerd talk and the topics around ‘The Network’ have been done to death…and yet, little tracktion even within the tech writer community.

The Network will take care of itself (Devs) but we need to start dreaming and share the vision of what the future economy can be because of SAFEcoin. This is a time where the visual artists, story tellers, futurist types that believe in the project can share their excitement and visions for that economy.

In addition I would say that, yes marketing dollars need to be spent to promote the coming ability to have secure data, private communications and the whole ‘network’ vision…just not Maidsafe marketing dollars.

Why? these features are baked into the product…there will be hundreds of vendors offering secure data products, secure comms products etc etc all because they are built on this network.

So let them spend their marketing dollars on promoting these things.

I watched a very good lecture by a successful songwriter who explained why the vast majority of songs have zero chance out of the gate. Why? because the songs are not crafted in a manner that targets the record buying market.

Being an insider he knows who the target market is that buys or listens to songs on the radio.

Who are they? …they are the Moms driving their kids to school in the morning or young/middle aged women in general. OK so now you work out want these people are interested in and your on your way to at least having a semblance of success reaching them.

I would suggest SAFE is the same, reach the female population and it will get the ear of the nerdy male partner. Maybe the way to reach the female is to show her the future that her children will grow up in because of the new economy that is being created.

There’s no such thing as too soon when your dreaming about the future.

From an emotional effect there is certainly a thing as too soon. History has numerous genius’ who fell into depression because of the backlash when they pronounced their discoveries. Some we imprisoned for life and so on.

It is actually a delicate matter to get the timing right.

We do need to be mindful of the stage which development is at, how easy/simple it is to use for the targeted audience. If we don’t time it (reasonably) correct then it will destined to the dustbin for many people and only later will they consider it. In other words a very slow adoption rather than the “killer app” adoption rate.

I would suggest the Network should be taken for granted now rather than push it to the forefront, only to have it fade into the background again.

We do need to be mindful of the stage which development is at, how easy/simple it is to use for the targeted audience.

Stated as an ode to the future, dont waste marketing dollars on the network ever, except for promotion to devs.