LOL FBI demands Signal user data, but there’s not much to hand over 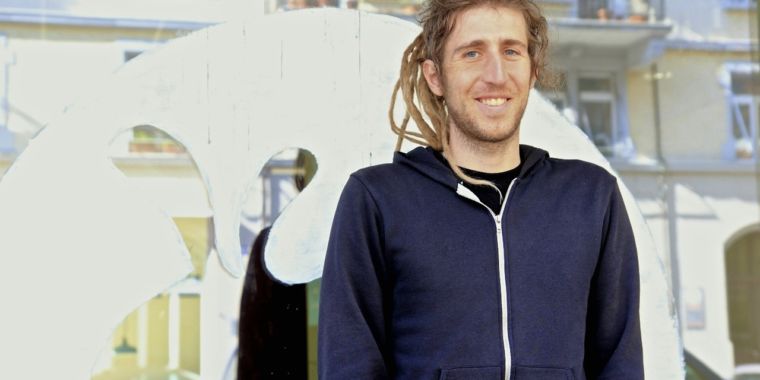 FBI demands Signal user data, but there’s not much to hand over

You don’t need a prediction market, to predict that 3 letters acronymfoes will try the same with Maidsafe

They can have everything we know about our users, it’s all on github

ohh no! they will know our email ids and public ids!

Every three letter needs to be made completely transparent. No more secrecy ever.

Every three letter needs to be made completely transparent. No more secrecy ever.

I disagree @Warren. They have a perfect right to keep their underwear and other preferences to themselves.

Unless your apps has some leak of your safe activities to the clearnet.
I think that safe apps must be exclusive to safenet, no bridges or “repurposed” programs to work with safenetwork.

Yes they should not meddle, but there is a difference between organizational secrecy and privacy. You will not have privacy if they have secrecy. National security letters and claims are unacceptable, the essence of corruption. Telegraphing and expediency arguments are distractions we are either moving toward transparency or tyrrany.

think that safe apps must be exclusive to safenet, no bridges or “repurposed” programs to work with safenetwork.

I think there will be (at least till SAFE takes over

BUT the user should be warned of the APP wanting access and what info is being “leaked”. For instance an APP to access information only kept on the traditional internet at the moment.

Granted the user should be able to set their defaults to how, if at all, an APP can access the clearweb

When you leave the decision making to the user, you have to assume they will:

Unfortunately Apple’s approach to these matters is the correct one.

Then I will have a version that does allow it.

For users that don’t understand the defaults will suffice, or just have a separate version that allows it.

It will be necessary to have use cases for dual access.

Its like saying in transition we need a boat with hull breaches and just rely on the bilge pumps to keep from sinking. Some business models must die period. It doest matter if this does violence to FBs violence. Is drilling a holes in the bottom of the boat really a matter of choice or a matter of being preempted?

Nothing of the sort.

Its saying best of both worlds. SAFE is not going to provide everything in the beginning.

An example - a SAFE APP to find the cheapest price for goods be it in crypto or $$$. It searches the shops on the clearweb and on SAFE.

If you think my example as useless then think laterally and think search scientific papers or a number of other things. Another example is the transference of huge databases from the (my)SQL server hosted somewhere to a SAFE database. Are we going to say to those users, stuff you, you have to continue using the clearweb because there is NO way to transfer it without downloading it to you PC, but haha your PC has not enough disk space for the 100 PB of data.

Until we have the numbers if you force the browser/APPs to only SAFE then we are asking people to use a dinky while the rest of the world is in ships.

I am not saying that it has to be open slather but at least in specific cases that we have a bridge from SAFE’s little island to the mainland. In time the mainland will be SAFE and then we can bomb the bridge.

Better be a sophisticated bridge. Like a placenta. It needs a filter. Culture is the final law and its subtle. What is the point if bridge browsers and things like that allow the data and attention rape culture to continue to inculcate subserviance?

Personally I am in favor of pissing on the bargained for benefits even through bridge tech that firms like FB think their boiler plate eulas grant. Id like to see their non personal data dumped, I don’t believe in any advantages for these firms and think their investor returns are less than irrelevant or actually bad. Investors should suffer losses or ruin when they invest in stupid tech, there should be a real consequence for blind profit seeking.

Id love to see a situation where FB could no longer get reliable info on its users. This is actually necessary to stop the paracitism. But so is getting rid of scroller manipulations and modal ads and modal windowing. Its a psychological war the end user must win.

I’ll be throwing a party when FB turns into what myspace is now. Actually I’ll be celebrating when SAFE is online, but I guess the two may (hopefully) go together.

Well it would be like adblock, noscript by default since it is only after the actual site and not all the junk that ordinarily comes with it. The bridge is gated (the user has to request/authorise access) and only specific circumstances is the user going through the gate to pickup some data or view a site. It is not to be a 6 lane hyway that anyone on the ordinary internet would pass over, that would actually take some programming and turn the browser into a server or proxy or vpn gateway or something like that.

So I would not fear that allowing a user to knowingly access a web site is going to rape SAFEnet, the worse really is affect that user with some sort of info they give a site on the web. But remember Warren that SAFEsites can request info off you and if you give it then they could do wrong things with it.

Exactly. And I don’t see how FB could survive in a SAFE environment where people own their own data. Which is why I think like decorum social sites will become more of a protocol that APPs can use to display data people want others to see.

@neo To support what you’re suggesting and in light of it, the inevitibility is more apparent to me now. What we take for the real world contains the clearnet as a major feature. There is no insulating SAFE from it. SAFE survives on its merits or not. If it does and it thrives we are much better off. And if it doesn’t its back to the drawing board (but not from scratch) because what other option is there?

I don’t actually think that would be necessary, seeing as the users could always mirror, or copy/paste that kinda stuff so it also exists on the SAFE network, rather than exposing clients. I feel like unless it’s clearly stated so that the user knows that they can and will be exposed, the mixing of SAFE and clearnet should not be done, and even then it’s iffy to me.