Is MaidSafe scared to launch?

Our interest has been stimulated so we’re all going to be peeking in here now to see if any peak grammar-nazi action ensues.

I’m mentioned this some time ago. After 14 years why wouldn’t we have qualified experts in software development take a look at how this being approached? People who have successfully launched projects. So many years without a network that can stand up for 3 days almost demands an outside look. @dirvine Consider getting different perspectives on the project. You asked me who should look at it. I’m not in software development. You’d have a better idea of who could critique the project. An unbiased look at the approach from all angles is warranted at this point. I’m trying to be constructive in my comments.

How long are internal testnets staying up? At what rate have stability been improving over the last year?

The are qualified experts in the team and the community in addition to others who have come and gone.

undeniably work fastidiously to achieve an ever changing goal,

The goals have barely budged over the years. The perception as regards the difficulty of the task has certainly changed. Most know now that it was a much harder to achieve set of goals than many anticipated. Perhaps some did anticipate the difficulty though and chose not to even attempt such an audacious dream … I recall many of the elite in the blockchain space didn’t think such an animal could ever be made to even work - e.g. Vitalik Buterin for one.

So it’s not as if people didn’t have some clues from the beginning that this project was going to take some time. The original Internet took a long time to get to a point where it could handle a lot of bandwidth and while it was stable early on, it is also vastly simpler technology than the Safe Network.

Hence, I think for those feeling frustrated with the duration of their investment who are looking for anyone to blame, you need only look to the mirror.

Are you suggesting that an unbiased critique of all angles is not warranted at this point?

Wouldn’t you say frustration is warranted at this point? 14 years without a network that can stay up for a week.
I had people who work with development teams in the Silicon Valley look at it and they said it seemed strange that no stable code had been produced over the years. This was 3 years ago.

How long are internal testnets staying up? At what rate have stability been improving over the last year?

I said it many times and I will say it again:
It looks like developers are not chasing specific stability problems, which prevents network from running for long time periods.
I see more approach like “- What can we do to improve network? - X. - Let’s do X!” It allows to make improvements, yeah, but it also have random effect on stability of network.

Answering more precisely to your question: I even forgot when community was tracking network splits. What it means? “Who knows!” again. Split code is tested more rarely and it may gained more bugs as well as got rid of more bugs during latest changes.

we do split the last comnets (last week) the issue seems to be that at random the comnets stop responding, its like ae dysfunction etc arent air tight, and in the last two dev updates it is getting tackled so definetly the team is on the right direction

It doesn’t seem practical or useful at this point, let alone necessary to me.

What I see is a network that is beginning to work as it was originally envisaged - autonomously - for the first time here or anywhere else ever. Think about that for a moment. We are witnessing something akin to a moonshot.

Right now finishing aspects are being added and finalised, remaining problems are being identified and tackled.

I’m curious what you think an independent critique would involve and what it could add here. You’re asking for someone who’s never built a rocket to take people to the moon and not been involved in such a development at all, to come in and give a useful critique to people who have been working on this for years and who are indeed qualified experts. Seems barmy to me.

Wouldn’t you say frustration is warranted at this point?

Perhaps … depends on your expectations coming in … I’m only saying that feelings of blame shouldn’t be misplaced. If the invested had not worked in the best interests of the investors that’d be one thing, but when they have and it still takes long time, it’s on the investor. This is entrepreneurship 101 - most investments don’t pan out at all in the long run … the fact that Maidsafe has been able to keep the project going despite the difficulty is really incredible and a testament to their resolve.

So yes, it’s fine to feel frustrated, but understand who you need to be really frustrated with - not Maidsafe - check the mirror.

The problem with analysis is not that it is not needed.
It is very needed. Authors can’t keep freshess of vision for so long.
The problem is that 1. Such analysis is not easy task. It is unlikely that someone will want to do this for free. 2. It may not help - analyst may find problems, but not solutions. Will developers want to solve found problems when they have already bunch of them waiting to be solved? Will solving of found problems make network better of will produce even more problems?
What I think may be useful is searching for critical architectural problems, which is impossible to solve without complete rewrite of code. In other words, it will be good if someone can analyze code and say “I don’t see critical problems here, such idea can be implemented” or “It is impossible to achieve set goals because of reasons X, Y, Z”.

I was going to but I thought it might be too triggering. I’ll leave that privilege to the likes of Willy.

What I see is a network that is beginning to work as it was originally envisaged - autonomously - for the first time here or anywhere else ever. Think about that for a moment. We are witnessing something akin to a moonshot.

Right now finishing aspects are being added and finalised, remaining problems are being identified and tackled.

You sound so sure about it. May I ask why?

This is a genuine question, and not meant in any negative way. I ask, because I have seen “it’s so close”, “pieces are really coming together” etc. so many times here. And I have let it affect my finance in an unhealthy way - that means without scrutiny.

I also do feel, that this time it really is close, but my feelings are not to be trusted. I have felt that way for so many times, so long.

Wouldn’t you say frustration is warranted at this point?

To echo a point already made there - it depends on what you got in for. I came (only) for the decentralised, humanity-empowering network, and it couldn’t be more obvious to me that the team are fully focused on that and giving it a more than honest effort.

So I, for example, feel no frustration. I’m frustrated about many things in society, but MaidSafe is not one of them. The effort being put in here by this collection of people is inspiring, it’s a little flicker of hope in dark times.

It’s my judgement based on the public dev updates and test networks.

Like you I’ve followed the project through earlier nearly finished ‘feelings’ and realised that feeling isn’t the same as reality. Over the years I’ve become much more aware of the dangers of wishful thinking (not only in this context) and when I make my latest judgement I’m aware that may remain a factor. I’m sure many here have been caught up in it too.

I’m just giving my honest judgement. I may be wrong but I am surprised by the negativity in the context of recent updates which seem to give us much more reason to be optimistic than ever in the past, because of the detail, depth and the fact that we’re now testing the autonomous network with sybil protection and other security features in place.

Things appear to be going extremely well at this crucial point, and to say oh it’s taken so long why should we believe it this time? makes little sense to me.

I conclude from my readings of the dev updates that we are not in the finish line, we have politcal things to cover we have to insert working auth which was removed for simplification earlier this year etc.

this is not a cash grab project, they fundraised a good amount and they manage it with proper diligence and hiring the best in the field to… make the impossible network!!!

impossible network that others have just given up on making, but maidsafe is seriously developing it all these years.

no finish line near, but development is stable and accelerated as the team has identified all remaining obstacles… if maidsafe will find more obstacles they will add them in the bag of obstacles and keep on hacking 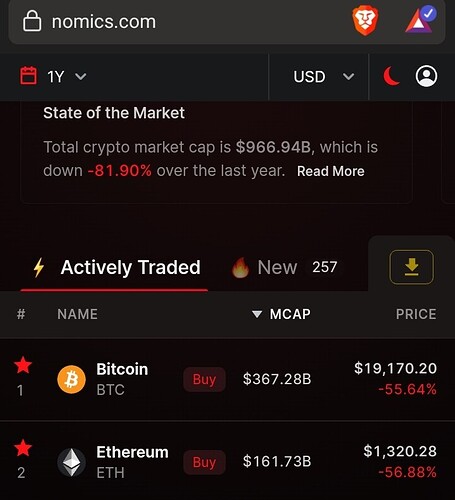 @dimitar you hit the nail in the head, at least what comes to my negativity.

I am still confident that we will get there eventually. It’s just that I may have lost my stake before that. It’s only a few months until that for me.

I am also certain that price will appreciate way before the launch. Triple the current price, and I’m chill again. I think a testnet limping on for a week could do that. This is just my gut feeling.

A testnet only on one platform would be enough, in my opinion. Makes sense to finish the major changes on all three for now, but if it doesn’t bring big improvements in stability, I’d say it’s time to prune all the “not 100% necessary” branches. If not… Well, that’s a “buying opportunity” for those who have and bleeding to poverty for those who don’t have.

I took my money out a couple of months ago, I was in for 8 years but this project takes far too long.