Ind.ie just slashed their plans: one product on one platform (iOS)

Ind.ie are now only building one product - private sharing app Heartbeat - and only for Apple / iOS:

Woow that was a surprise and they chose Apple, even more of a surprise. Any idea why, this seems like it could not be the case, but I did read the blog. I thought they were doing a complete phone / OS etc. but I did fear it’s not engineering its design focus. Unfortunately it’s all those and more that is required. Shocker tho real shocker, I did hope it was going places.

They said their decision was a stopgap until they can move beyond Apple. Maybe one day they will move out of it.

Have they still plans for a complete phone ?

That’s so disapointing! I was very much looking forward to more alternatives to the cloud and Android. I’ve been watching Ind.ie since their crowd sale, but I never got around to supporting them. If I had donated money, I would have felt very cheated because I don’t have anything Apple at all. I was even using Pulse (syncthing) to sync my stuff as opposed to Bittorrent Sync! That is, until Maidsafe comes out.

Marketing advice for @nicklambert: I believe this is what is called marketing suicide; Ind.ie completely went back on their promises! Their dream may still happen, but I don’t know… They’ve lost my confidence at least…

I think it’s great to have competition, but with another communication/data option gone (Pulse/Waystone/etc.), it’s all on you guys @dirvine!

“Yes, Apple’s platforms are closed but, unlike Google, their business model is not to spy on you. Apple makes its money by selling products to its customers (who are its users). Google, in contrast, sells its users to its customers.”

I was sort of freaked out by Ind.ie… Then I noticed that they were only claiming to “fix the web” on mac. Here’s what Dawn (total shameless plug-- itdawns.org, fenixer.org) is planning in terms of 100% open*, community driven (check out loomio) and owned through crypto equity hardware:

They’re all going to have maidsafe and every other free, secure internet I can get my hands on baked in. All are in perma beta and will be improved upon frequently based on feedback from the loomio. Purchasers become owners of the company. Diffuse ownership entirely by stakeholders should give dawn an edge in terms of brainpower, I hope.

Excluding CPU &GPU core design and in some cases GPU driver. We decided to be pragmatic and produce devices people need now while eliminating closed or semi closed components one by one as open replacements are made available.

…never had a good feeling about Ind.ie: their site did not discuss any of the hurdles to achfieving their vision they just announced they had everything set.

Heck now that I donated to them some while ago they give us this unexpected back down.

Guess I will not pay any kind of project any more which is not really pushed and backed by some real open source entity and established foundation or project.

Sorry I want to ask what I know is stupid question… I know if someone has a key logger filled locked phone etc. that having SAFE won’t help them anymore than having someone video tape all their interactions with a secure device and feed it into an un-secure line… but will a one click SAFE plug-in help all those locked phone owners in denial but drowning in the ocean of utter lack of security? For us to be safe they have to be SAFE.

@Warren, we are in fact working on an unlock/flash platform for users of locked devices… To make their devices come back to life. Now here is where it gets ugly though. If the device is not open hardware, that flash guarantees the user nothing. Then it gets worse. Despite the fact that we have taken pains for openness, the reality is that we cannot build a fully open hw phone. There is no open SoC to use. We release schematics, but the cores matter. You can have a look at the risc-v project, which is looking to build open cores by 2016. Till then, dawn will take the practical route of releasing with what is available.

Excluding CPU &GPU core design and in some cases GPU driver. We decided to be pragmatic and produce devices people need now while eliminating closed or semi closed components one by one as open replacements are made available.

Stick an i500 in every device you release and start the revolution. Of course you would need the ability to reprogram the i500 to operate in adhoc/mesh mode.

You actually might have an opportunity to source these chips/code as the product line they were intended for was a flop. I should imagine they would welcome ongoing revenue from this technology that NVidia themselves purchased.

We need all the mobile phones in the world (their radios) to have the ability to communicate natively in an adhoc/mesh manner. Unfortunately the manufacturers rely heavily on the mobile networks to sell their wares. If they enabled ad-hoc in firmware on their phones…a user could download any SAFE app (installing a Vault) switch to ad-hoc and communicate securely via SAFE.

Manufacturers are indeed the one’s that can enable a switch away from ‘carriers’ who should be relegated to providing repeaters.

Ever hear of HackRF? The schematics are open – allows communication over a huge range of frequencies. Can modify to be full duplex by using two. Might be the way to go for handheld/laptop sized devices. 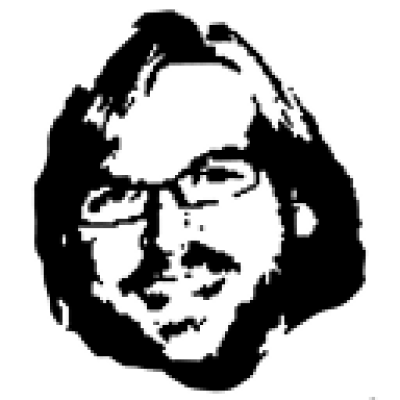 Ever hear of HackRF?

wow! I would never have guessed this, but it goes right to the heart of our predicament: The technology exists now for everyone in the world to have high-bandwidth communications (data and voice) with anyone else in the world for free, without any company or middle man whatsoever, using super cheap devices that cost less than $20. When something is free, it’s one less thing you have to buy, and one less thing you have to work for. As far as radical abundance is concerned there is no functio…

Ever hear of HackRF?

Don’t ask @chrisfostertv IF he has heard of something, ask WHERE in his nigh omniscient collection of articles he has stashed the information you SHOULD KNOW. Lol.