The company estimates that one day’s unlimited data using the new network should cost 1,000 Ugandan shillings ($0.30, £0.20), although local providers will decide how much they want to charge for the service.

Unlimited data means a chance this would be cost effective early on - and raise the profile of SAFEnetwork for those who can farm with existing, already on equipment. 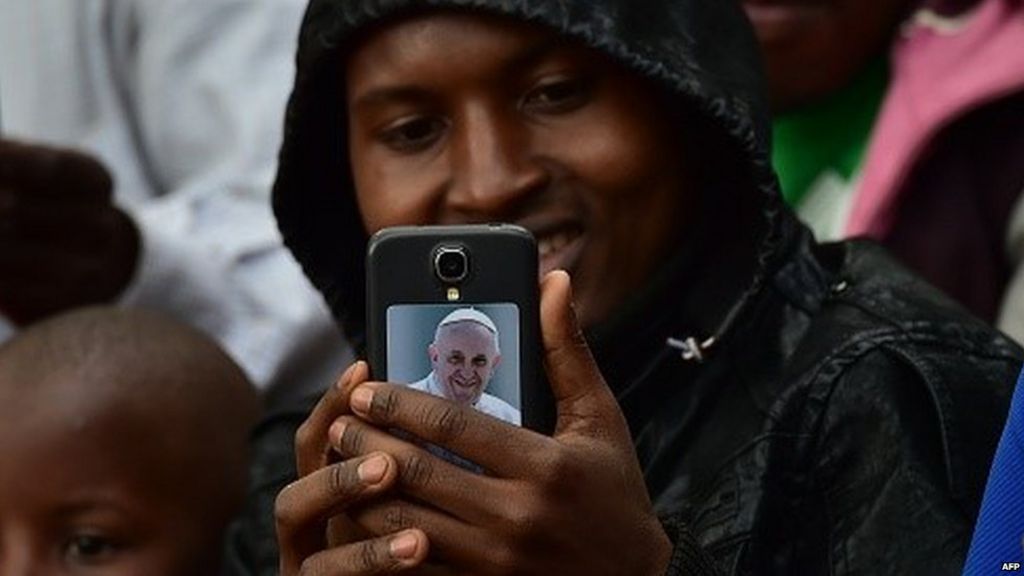 There’s probably a lot of cheap WiFi all over the world. The local public library has free WiFi. If I am willing to camp right outside I can get it free 24/7.

This is where those little solar powered mining rigs using CHIP PiZero Pine64 etc could be sprouting up in all kinds of guerilla farming disguises!

We need to build and deploy little pizero’s running with network connections via powerline networking and lifi for free in home connections with beacons on their roofs. Not fully in the loop on what’s available for os for pi’s though.

Okay now we are speaking my language.

I don’t think the Pi Zero or the Chip is the right solution for maidsafe, instead I think that the right solution is bespoke Hardware. Now, the fact is I can have this hardware made, & I don’t really know why I haven’t thought of it earlier. Can we use this thread to flesh out a specification?

Is it still the case that the overall computing requirements of Maidsafe will be low?

With ethernet connectivity as opposed to WiFi, I should be able to do nodes ~$20 + $5 s/h (to any point on the marble in 3-4 days). The biggest hurdle by far is the first 1000 units. After that, we should be able to pump out a stream of these things. The $20 price point would buy us far more than a Pi 0 or a Chip in terms of compute capacity.

It should not prove impossible to create a device that is weatherproofed, solar + battery powered, with onboard storage for $60-100 (and I think it would be less, but don’t want to overpromise). Adding in HDD /SSD is another possibility.

In order to get this rolling, what I would like to do is get as much information as I can from the people on this forum in terms of the specs that they are requesting for boxes such as this. Also, I would like to here from the forum in general if I put this thing up on a supposed Kickstarter or something like that, who would buy it? Please, if you can’t afford it don’t say that you will be buying it because I will be using these answers to make my decisions about the product and a hardware product campaign really is a great deal of work.

@faddat it’s an exciting and enticing idea, but I don’t understand why you think this would be better than these off the shelf units. I think it could be great for marketing SAFEnetwork, but I’m not seeing how a custom SoC would attract backers based on what you’ve described.

You say more performance. OK, maybe. I’d like to understand what that means - it would have to be worth the extra cost (double or quadruple the price), risk, delay, etc, when we don’t yet know the value of this next to other factors.

It’s quite likely that added memory would be more valuable than CPU, and doesn’t require custom hardware to boost it. However you add memory though, I think that would be hard to deliver without large volumes (> 1,000), and even then likely to be marginal, not multiples. (I say this with rather outdated knowledge, but real experience nevertheless! There is I think very little margin in memory, so not much ability to gain discounts.)

Things like PiZero, CHIP, Pine64 get their pricing from high volumes, and they do that by being general purpose and having wide appeal. I think it’s feasible we could go this route at some point, but for now I think the main value would be for marketing rather than creating a cheaper or higher performance solution. I’m not sure we can make a case for it on price & performance with sufficient volume.

The problem then, would be finding a way of generating the volumes for a project few people have heard of, and funding the initial 1,000 run as you recognised. I’d like to think this community could fund that, but I think we’d have to bring people in who haven’t even heard of this yet to get that amount of volume, and there’s a lot of work from getting the hardware made, testing, marketing, promotion, media handling, sales, order processing, admin, customer support - someone will need to do that.

So for me, your proposal is first a challenge to the marketeers here. What could we create, of genuine value, and how do we market it (probably) as a crowdfunded project?

I know MaidSafe had some early discussions with a volume manufacturer along these lines over a year ago. So it would be interesting to understand the strategy considered then, and maybe learn from what was being discussed and what happened.

It seems to me we should first come up with the marketing based on off-the-shelf parts, and if we think it would work (or boost the marketing, which a successful crowdfunding campaign can do), we then look at a custom approach. So again I’m minded to look at the marketing first. For example…

We could achieve an awful lot by providing an array of pre-configured SD cards for as many SoC platforms as possible. Marketed to all those hobbyists with different SoC units already out there, or looking for a reason to buy one. Partner with retailers when we demonstrate some volume, or our ability to help them reach new customers.

If that’s successful, we partner with one or two of the Pi/CHIP/Pine64 like projects to do all the back-end tasks for a cut, while we go out and market the Super SAFE Compact Farming Rig range (a standard SoC that you plug in, runs the setup wizard, and then just works).

If that works, then we could consider a custom solution, but I think it would need to deliver real benefits over the off-the-shelf options. Maybe this where a solar setup comes in - integrating the solar controller within the SoC for example.

@happybeing I’m definitley thinking in the direction of “platform”-- the thing you described with providing ROMs is something that I see as essential. Basically, we’d cook up a script that would generate the necessary ROMs. As for prototyping from off the shelf units, that’s also a big yup. In fact, the thing I was describing is a modified off the shelf part.

Here’s why I am down on Rpi Zero and Chip: They were created without essential components, to necessitate the purchase of expensive accessories. The Chip in my opinion is the better of the two as it does come out of the box with WiFi. The Pi Zero is… more or less zero. (No network port, even on the $5 edition…)

I’m going to be doing some tinkering this evening, and while I doubt that I will be able to get something into a finished state, what with the state of the code, I’ll try and write back with an update today or tomorrow.

I agree @faddat with all your points. A couple of things to include when selecting the platforms:

Good point about open source. Definitely yes from me

It’s OK to sell these, including at profit, but let’s ensure anyone else can make them if they want to.

Fragino HE is a minimal system which installed with OpenWrt Linux system and support 150M 2.4G WiFi. It is compatible with 802.11b/g/n. HE has rich interface such as Ethernet, USB, UART and plenty of GPIOs. HE use small outline package, it is used widely in WiFi solutions.
HÉ means “core” in Chinese. Intend of HÉ module is to be used as the core of the IoT, WiFi solution.
HE is based on Open Source OpenWrt system. User is free to modify the software for their applications. http://www.dragino.com/products/linux-module/item/87-he.html

My biggest question is cost. For pi 0, I figure the cost is $20, when properly equipped. But wait-- there’s storage to think of, so probably more.

I think so, and not too hard to port because it uses the Linux kernel plus musl libraries. Probably just needs someone to set up cross compilation for it. Only way to know is to try it!

Maidsafe and all of its components can run in 64MB?

I mean if so, then let’s jump on that bandwagon… This is testable on x86 even-- Can you describe to me the currently working components and how to fit them together so I can whip up a testbed?

(All I’ll do is put it in a VM limited to 64MB, see what happens-- not any special rocket science…)

I don’t know about the 64MB. First step is to get a toolchain together that targets the CPU and try compiling one of the Rust libraries. Then you’ll need to cross compile sodiumoxide. At that point - no mean feat - you can try building all the components and try build the vault.

Setting that up is none trivial - but I did manage it for ARM, all except for one (or two) libraries which I was told would be fixed in due course. So I got as far as cross compiling the self_encryption example and running it on Odroid. I now have a Rust compiler on Odroid so haven’t touched that for some time, but I did document it on the forum: Cross compiling for ARM

I just followed what I could find in the internet and got some help here and there, so I can’t really help much (also time limited).