For the conspiracy theory doubters,

Here’s Mike Flynn’s wife referencing Qanon with #WWG1WGA, Where We Go 1, We Go All, the acronym commonly cited by Q and the 8chan community around it. It doesn’t get more obvious than this…except maybe the Trump tweet trolling about “Scott Free”. But I’ll help make the connections, and you can decide if there’s something to the belief that Trump is doing MUCH more with his tweets than the media would like you to believe.

We just wanted to let Everyone know Our Family will be forever grateful for the outpouring of love, prayers & messages we have received today We are deeply moved and thankful. God Bless You! God Bless General Mike Flynn #FamilyForever #WWG1WGA 💖🙏🇺🇸🇺🇸🇺🇸 https://t.co/ZEeDqTOlX0

....his wife and father-in-law (who has the money?) off Scott Free. He lied for this outcome and should, in my opinion, serve a full and complete sentence.

Here is the media goes bonkers trying to redirect the public from the truth.

image.jpg1170×1308 252 KB
Now, who actually is Scott Free? It’s a production studio that produced the movie White Squall, a movie about a team of anonymous rugrats that come together and overcome impossible challenges and…wait for it…go by the motto “Where we go one, we go all.”

Scott Free Productions is a British film and television production company founded in 1970 by filmmakers and brothers Ridley Scott and Tony Scott. They formed the feature film development company Percy Main Productions in 1980, naming the company after the English village Percy Main, where their father grew up. The company was renamed to Scott Free Productions in 1995. Scott Free has produced films ranging from the 2000 Hollywood blockbuster Gladiator (2000) to "smaller pictures" like Cr Scott...


Boom. Trump is trolling the media about Q, potentially the biggest conspiracy story ever.
Whether it’s true or not, I leave that for others, though that this is what all the cloak and dagger about is simply not deniable.

Why though? Multiple reasons, but mostly plausible deniability…but also because if the information is true, there would be massive national security implications. If there is a way to anonymously nudge a community of truth-seekers toward open-source material in order to create a parallel construction of what is essentially top secret information, well, then that would explain a lot.

If you haven’t heard of it yet, this is a fairly accurate source to start:

A single letter has begun appearing on billboards near highways across the United States and on t-shirts at ...

Cospiracy theorists have too much time on their hands. Like I said they’re addicted to this idea of uncovering some kind of cherished and insanely tight held ultimate secret and making absurd connections that could portray a sense of possibility. Like the movie 32, I think it’s called? With Jim Carey. Anyways, Trump, if anything, is likely just playing off of that to fuel the fire. He knows a lot of his base is fringe, he’s not a complete idiot. But I don’t know any of that for sure just like we don’t know if it holds any true weight. The seeds of uncertainty being sowed help no one. Another tactic used against people that was/is used by the cigarette industry, food industry, etc.

IMO conspiracy theorists, ironically like Fox Moulder in the X-Files, “want to believe”. There is no logic there. It’s all about feelings. Faith based facts. I could rant on this one but it probably wouldn’t accomplish much.

There is a lot of rightful distrust of government, especially with greed and bribery corrupting officials and it needs fixing. Constantly eroding our rights and I think that’s why most of us are here. To have a chance to live and express ourselves just little bit more freely on the SAFE Network.

(post withdrawn by author, will be automatically deleted in 24 hours unless flagged)

Based off of Trumps history, personality, and own self interest why is it that implossible? But yes it’s literally just an opinion based upon my limited observations that are formed in my head with my own biases and lack of knowledge of some of those biases, therefore they cannot be addressed.

I’m not really interested in going down this rabbit hole. I’ve been down a few back when I was younger and more… impressionable I guess you could say. I’ve come to realize that no matter how much I wanted it to make sense and seemed to to me, it was complete BS. Of course I’m not anywhere near perfect and am always open minded, looking to learn but I’m far more skeptical before coming to any conclusions anymore.

Hell maybe you’re right. I’m definitely not going to spend as much time as is required to try and understand it all and verify the validity of the “proof” when I could be productive. I’ll leave that trail blazing to you. If you expose something insane in the future that progresses us forward and helps humanity, thank you in advance! If not, then I’m sorry you would have wasted so much time.

All that said, I think we could agree on a few things for sure and our heart’s are in the right place @anon63178599. It would take a long time to get out all my thoughts on govt and what I think are some of the systemic issues that lead to a spiraling nation, or world even but I’m hoping that decentralizion and governance can help too.

3 posts were merged into an existing topic: Discussion about journalism

A post was merged into an existing topic: What’s up today? 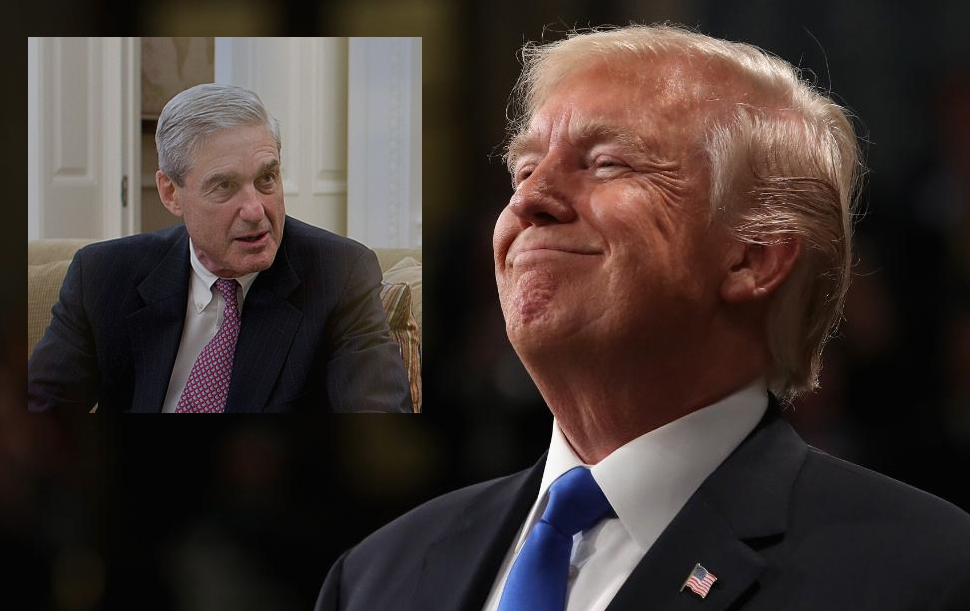 Behind the scenes, Trump's spooks are destroying the enemies of the Republic, using astonishing tradecraft. Their assault has been devastating, as REX explains.

At the first-ever American Priority Conference on Friday morning, Anthony Scaramucci — who served a brief stint as the Trump White House’s communications director — addressed a married couple from Virginia, telling them that the author of the fantastical Internet conspiracy theory QAnon has “been dead accurate about so many things,” adding: “When you find out who he is, you’re not going to believe it.”

Talk of QAnon, George Soros and ‘retarded’ reporters at the American Priority Conference.

For what it’s worth.

I spent some time looking into this qanon business and had dismissed it as unconvincing.

Recently, someone I highly respect indicated they were a believer. I’d like to take another look into this. What in your mind are the most convincing sources? Thanks!

I always like your posts anon63178599. I’m just not a Q fan. Its not because I think the information is far fetched. Just deeply biased…
I’ve thought for a while that Q is so ardently pro- trump, Q probably is trump… (clearly the man is fond of self promotion by any means…)
Why is Trump in such a rush to implement 5G millimeter wave radiation everywhere but where he lives? Its hugely hazardous to everything except bacteria and viruses and can be used to kill and subdue! Why would Q leave out this rather important announcement? I read an article last year which on reflection was rather Q-esque…Donald the dignified about to topple a cabal with no negative references made to his own cabal or his position as a senior Knights Templar…I wont start into another lengthy rant about self serving elitist semi secret societies…but suffice to say the crusades were heavily motivated by the seizure of land and power and the religious/ideological differences, whilst weaponised were actually secondary…rather like today.
I dont think that many of the claims made by Q are baseless - theres just alot missing. Those ‘exposed’ are not the only ones corrupt to the core…
Q says trust the plan. I DONT ‘trust the plan’ - It concerns me that this is a highly diversionary tactic. There is evidently a great deal of truth being released and leaked - but its very one sided and in very measured doses. That could be very addictive. And distracting. Will people be so appreciative of this plan when they’re looking at the inside of a fema camp or spent so much time waiting for the next update they neglected to stash some food and water somewhere?
At least the audience is primed for shocking revelations - which may help receptivity to the fact that their ‘own side’ prove to be just as bad…
Ideological differences are so heavily manufactured…left or right they seem to best serve the interests of those who seek to rule us - its all becoming increasingly irrelevant. They want to destroy us. We want to live and really, since its all going horribly wrong we might as well be good to each other on the way out…
I feel there are critical issues being avoided altogether. Trump has made an excellent ringmaster…its quite a popular circus troupe he belongs to…but he’s only in the public branch of the corporation -the real agenda is just the same as it always has been. Dupe the masses, enslave, destroy. Their motto is ‘serve us’
‘Deep state corruption’ was there from the beginning. The UK establishment has always been an elitist semi secret society cesspit and unless I am very much mistaken the US began as a UK colonial settlement…founded on predatory capitalism - the so called ‘land of the free’ was literally built on genocide and enslavement and on top of an existing nation…this constituted a criminal occupation using criminal practises from the outset, and though its now been hundreds of years it doesnt make it legitimate, It just happens to have been structurally effective for the invaders and impossible to change by the invaded.
It appears to me that aside from the deleted scenes, much of the rhetoric in Q’s presentations rests on a flawed principle - that the US administration was somehow infiltrated by despots. Clearly its very existence can be attributed to despotism - and no amount of crying over a flag changes this. I accept that there are some politicians who decide to enter into the system in order to effect some positive changes for the people. But all of them must do so in the explicit understanding that the nation they represent was created for the self elected elite, by the self elected elite and depended on the murder and subjugation of millions of innocent people. The eventual abolition of slavery only just began to attempt to rectify hundreds of years of atrocities. The shifting of the enslaved population into the prison industrial complex, and the legacy of institutionalised racism promoted within the US should be enough evidence that there never has been an inclusive utopia and the so called land of the free is about as egalitarian as ancient rome. Which frankly it was modelled on.
So, as far as I’m concerned - Q probably is trump. Or someone trump answers to. Donald is not at the top of the pyramid because those characters aren’t fond of the limelight.
I’ll post the article again - this time with a disclaimer. Its heavily biased, detail omitting and particularly self serving. A bit like Q’s updates…