Decentralised MMORPG on the SAFE network

Look, this is super simple: you either know the IP address of a host, in which case you can send a packet to it via the “shortest path” (i.e. using regular internet routing), or you don’t know the IP address, and you have to pass everything through the fiery depths of safe routing, possibly all around the world

You are not supposed to be able to find a node easier than this, and that is by design (if I understand the workings of the network even a little)

I’m not saying IP isn’t the shortest path. What I’m looking for is a compromise that would still allow for reasonable latency. Anyone with any sense would know the shortest path between two points is a strait line. I just wanna straiten the snake road a little. Any ideas?

I just wanna straiten the snake road a little. Any ideas?

Let’s say we want to keep the latency at or under a 100ms. This limits the maximum distance at 29,979,245.8m, which is almost exactly 3/4th around the globe (this is of course an unattainable theoretical limit). As the safe network doesn’t care about physical proximity, even one extra hop (which can go anywhere in the world) would mess up our plans

The only physically possible way to do anything about it is to build a proximity aware overlay on top of the safe network.

KRONOS VULKAN IS RELEASED! What a fantastic day for everybody!

Here it is guys! It’s actually already under the works!! 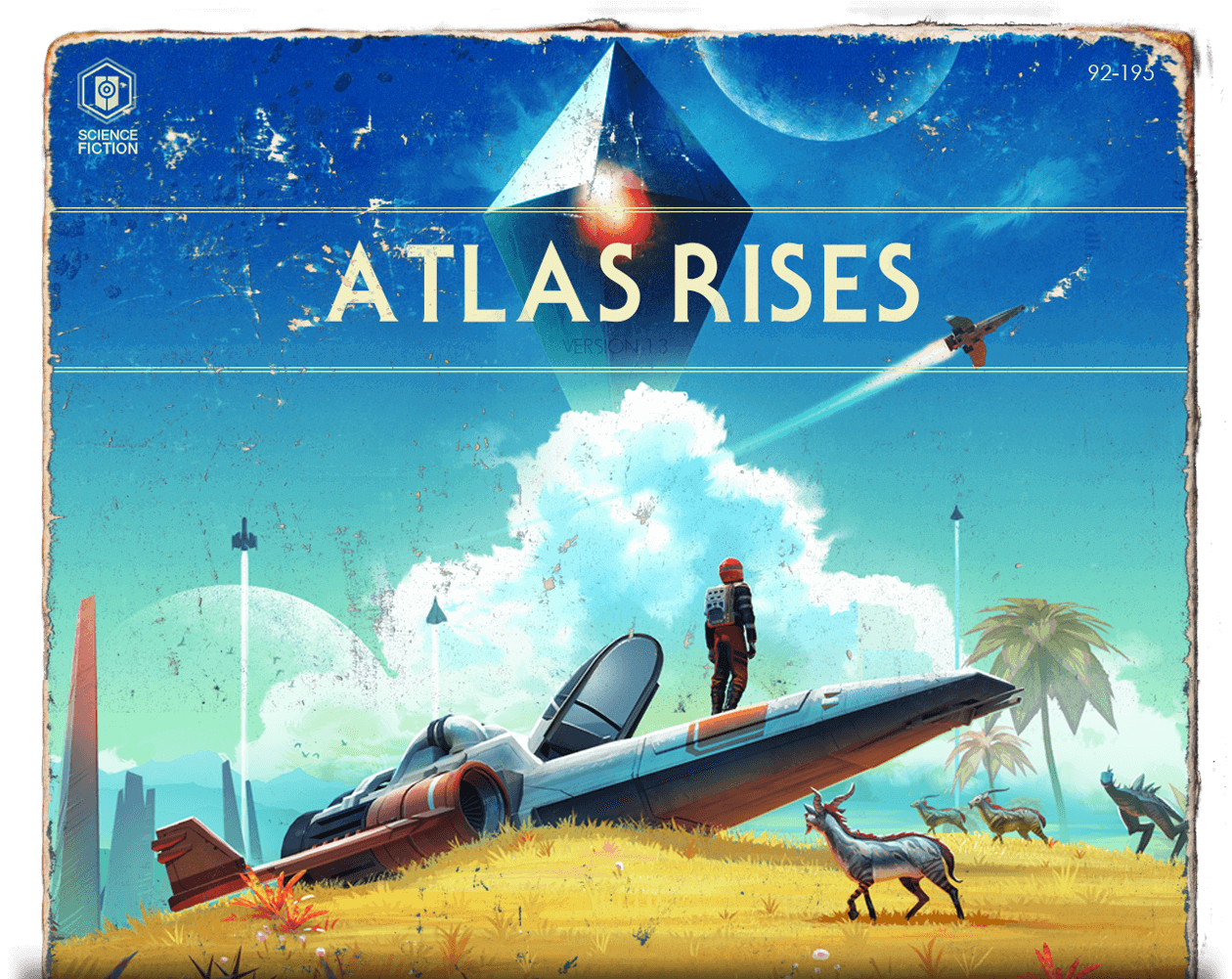 I found this game from this article. 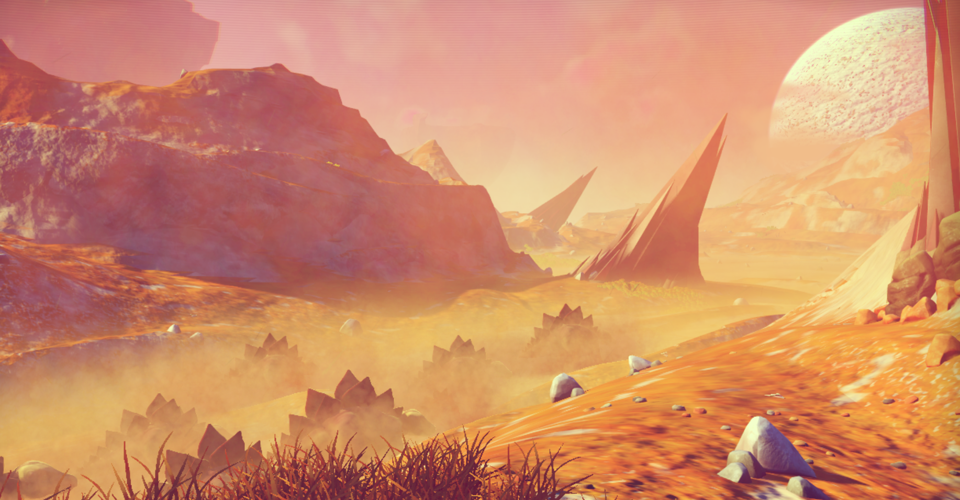 Inside the Artificial Universe That Creates Itself

A team of programmers has built a self-generating cosmos, and even they don’t know what’s hiding in its vast reaches.

Been watching the project for a while, it’s a great idea! Don’t know when it will be released yet.

Basically a game that has different variables (planet, grass, monster, water, acid, etc) and plugs them into a big equation that randomly creates planets and galaxies with different combinations of those things.

Would be great to see! Every planet you visit is unique and undiscovered by anyone!

Basically a game that has different variables (planet, grass, monster, water, acid, etc) and plugs them into a big equation that randomly creates planets and galaxies with different combinations of those things.

I been messing around with rust game dev. I started chit chatting with other game devs on irc. I recently found out about Entity component system. This one gamedev is working on a new opensource project called amethyst. I look forward to messing around with it. It isn’t usable, just yet.

In ECS follows the Composition over inheritance principle that allows greater flexibility in defining entities where every object in a game’s scene is an entity (e.g. enemies, bullets, vehicles, etc.). Every Entity consists of one or more components which add additional behavior or functionality. Therefore the behavior of an entity can be changed at runtime by adding or removing components.

Now think of this way… Safecoin is a entity as @Seneca points out here.

This is because unlike a Bitcoin, a SafeCoin is an actual data entity. Bitcoins are just balances of addresses on a blockchain. A SafeCoin is a data entity (object) that has an owner field which contains one or more public key of the owner(s) of the data entity.

So what if we have every object as an alt.safecoin entity?

The question I would ask is: What is it about SAFE network that makes it peculiarly suited to a MMORPG, or any other proposed app?

Because if SAFE doesn’t have some advantage over other platforms, say IPFS, in relation to that particular app, then why would anyone come to START network to use it?

I reason that IPFS will be a widely accepted adjunct to Git-like software versioning, and other apps where there is already a sufficient security inherent in the app.

The advantage to SAFE is data can be permanantly stored and referenced. It can also be transfered instantly therefore reducing transmission times. The only problem is real time latency.

The cost is not only real time latency. It is to a degree a walled garden, even if the wall isn’t very high. One has to acquire and pay some Safecoin in order to put data up. So, p2p networks that one simply clicks on have a significantly smaller friction of entry.

[EDIT0] The three part authentication of the launcher is also a small but significant barrier to universal use. Yes, people will say that that might become automated, but then there is the problem of storing ones credentials securely if memorization is not realistic. So people who have a strong enough motivation, such as DNM users, will do that, but casual users visiting the mass of mundane clearnet sites probably won’t, and will go all their lives without doing so.

[EDIT1]Of course, there might be new enterprises that have a foot in both networks, with a back-end on SAFE and a facade on clearnet catering to an audience who never interact directly with SAFE. So the entrepreneur then might employ her imagination in thinking of what products and services such an enterprise might provide, and whether it might be business-to-business or retail. On-line backup services come to mind as one example.

Only if they perceive the need. They are doing those things right now on their smartphones.

okay - point for you

that is correct - has to be an awesome mmorpg then

and i agree - my focus wouldn’t be on creating a mmorpg as first application - there are many other use cases that might be more suitable/more urgent (but nevertheless if there is someone who would enjoy creating a mmorpg for safenet that would be amazing! )

The question I would ask is: What is it about SAFE network that makes it peculiarly suited to a MMORPG, or any other proposed app?

I really like your new energy here @bluebird and totally agree with your position that only apps That take advantage of the new, never-before had features of SAFE will be the most successful.

The reason I was so excited for a SAFE MMO was allowing things like zero-downtime EVER, community driven-development of characters settings etc (and getting paid For those inventions in SafeCoin) and basically SafeCoin all around the in-game economy were all amazing new things that no MMO has yet, and would be crazy.

But yeah, latency. Hmm… Just make it a stick man MMO? IDK. Or give it gameboy color level graphics. This would still be majorly awesome if you could make real money from it with SafeCoin, etc. Many people could make an actual living on it, even easier than on second life, due to SafeCoin.

See what we mean here?

Nothing new in my communications.

In the long, long run (in Internet time, maybe 10 years - at the imagination horizon of normal people), if and when SAFE protocols have been enacted into standards by international engineering groups such as IEEE and CCITT, so that they start to be built into hardware, then you’re certainly right.

But to get there, is a bit of a bootstrapping problem.

You simply can’t trust anybody. A well written cheat would tell your buddies the truth, but it would lie to the opponent. “Hey, I’m here!” you say to only your opponent, but you’re standing a foot to the left, actually. Everybody else gets your actual position, and they wonder why that noob would keep striking the air to your right. So, players need to verify everything from multiple sources.

Well wouldn’t one way to deal with this be to simply have a rule, that if you lie to a party (i.e. tell them you are to their left when you are actually to their right), that the communication which comes from you is the only one that can hurt, the victim player. So if the cheater sends the victim a message saying that they are in a particular space, then an attack coming from the cheater player would not hit the player.

Well wouldn’t one way to deal with this […]

There are of course many ways to deal with all of these things, all of which require information to be distributed to several parties (e.g. those directly affected and those witnessing / verifying what’s being done), and then the responses, and then the acknowledgments for those responses, as a minimum. It’s not particularly possible to do within milliseconds even on the bare internet (we’re in the context of a serverless, distributed game), without all the routing etc overhead.