Crypto projects can't fail, unless the token holders want them too

Let’s look at the DAO a project that people say failed, because it was hacked. The DAO raised more than US$150 million at the time in Ether and had it’s own token. Imho that means that the DAO had two funding mechanisms (Ether and DAO tokens), strangely enough when $50M was stolen in Ether, for a lot of people that was the show stopper.

This is what I hated the most about the DAO, people voting on proposals without paying to post proposals and no direct execution of proposals. When people put their money where there mouth is, it makes it worthwhile.

The DAO crowdfunding is live

This is where proposals show up

My last post here is really telling how insane people are in this space.

We have become spoiled indeed $10M unclaimed by DAO Token Holders. https://medium.com/curator-multisig-phf-official-channel/dao-token-holders-come-claim-your-money-b428f186572a#.tsvspnx2r Even worst, you have a currency that is worth more than some national currencies and it’s just in limbo. Last time I checked there where over 1172M DAO tokens created. https://sea1.discourse-cdn.com/business5/uploads/safenetwork/optimized/2X/1/1b84d6dc45591b01d87971bfc580cd99cdc20f42_1_660x500.png [image] …

You mean to say me that there are 1172.78 M DAO tokens with the value of $0.08 each, so $93.76 M and this project is just dead/failed? I’m sure there are countries with more citizens and a lower gdp that can somehow operate, so I was flabbergast that this was labeled as a failed project.

LOL this is from 9 days ago, total insanity

I start this post, because the same could happen again with project N99. People hold a token that has value, the project creator maybe is out of money, so what do we do now? Is this another project that failed, because we the token holders failed to take actions to help the project succeed? Are we only friends if people succeed and turn enemies when they fail, instead of helping so that they don’t fail?

If your a project N99 holder, please suggest solutions so that we can work with @we_advance and @Lee_Travis to get this project coded up. I can only help with money and the advice to get the token on an exchange. At this point if we do nothing we have failed and it’s not the project creators fault, it’s the investors their fault, for not calculating the risk of investing and using their tokens to get the job done.

Stop being crybabies, it’s big boy and big girl time… If this is to much asked, you should leave this space and come back when some of us are millionaires, because we supported the cutting edge.

Here is some food for thought, everybody thought that centralized exchanges would all disappear, now that we got decentralized exchanges. Funny enough they’ll stick around, because due to their own tokens, they can pay even tx fees and incentivize users to take part of their project.

Just to name a few, but it also means that they could survive being hacked. 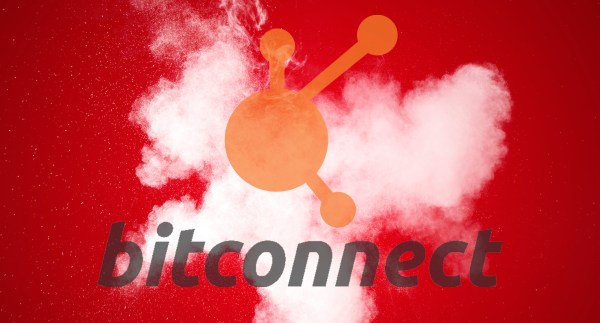 Bitconnect, which has been accused of running a Ponzi scheme, shuts down

Bitconnect, the lending and exchange platform that was long suspected by many in the crypto community of being a Ponzi scheme, has announced it’s shutting down. In a release on its website the platform said the shutdown is attributed to “continuous...

Is a decentralized token that the market values at $22 worthless? Really what do people in the cryptospace don’t get? This is worth more than most national currencies! Even without a platform this can just be a currency.

If they are worthless to you send your tokens to people in these countries, who knows you disbelievers will solve a national debt while your at it.

we have become spoiled indeed.

What country has the lowest GDP in the world? This statistic shows the 20 countries with the lowest GDP per capita worldwide in 2017. In 2017, South Sudan was ranked 1st with an estimated per-capita GDP of 221.91 U.S. dollars.