On the surface this looks good for Maidsafe but “It further requires network operators to provide “technical support” to authorities for national security and criminal investigations.” Maidsafe will have issues circumventing this law? How will Maidsafe co-exist with such stringent controls? 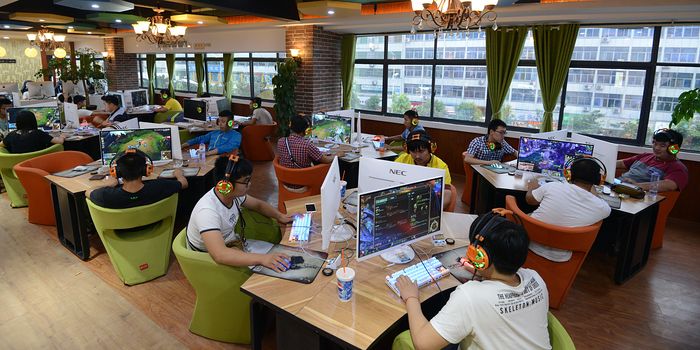 The regulation would require instant messaging services and other internet companies to require users to register with their real names and personal..

The substance of the law is contained in the following quote:

The law, passed by the standing committee of China’s rubber-stamp parliament and made public on Monday, says agencies and enterprises must improve their ability to defend against network intrusions while demanding security reviews for equipment and data in strategic sectors. The law also makes censorship a matter of cybersecurity, threatening to punish companies that allow unapproved information to circulate online.

SAFE Network technology and the SAFE Network itself are a completely alien critter to the people trying to regulate with this law.

–There will be no “agencies or enterprises” to address. They can insist that such agencies and enterprises not run SAFE because it’s not transparent to the inspectors, but that just means that they will be less secure.

–There will be no companies to threaten to punish regarding data on the network they would like to censor, no company to stop “unapproved information” from circulating online.

–No point to address for “technical support” in the sense they are meaning.

They may pitch a general hissy fit and apply the death penalty to anyone running SAFE Network software, but I doubt that it could go that far. And unless they can exert that level of control already, then it’s out of their control.

They do provide the resources to access the Safenet.

Not sure what you mean here. They are just working on an open source codebase that anyone else can add to or use for anything.

And if you mean farming, then I’d say that once MaidSafe is farming, there will be limitless others doing the same, so going after MaidSafe wouldn’t make sense, be fair, or even be legal? Not sure if China could have any authority to go after companies operating half way across the world.

Don’t see how. It’d be sort of like attacking Linus Torvalds for maintaining the Linux kernel that somebody’s home computer runs on.

MaidSafe is more like the creator of a protocol. Who do you go to to clamp down on bittorrent usage. Bittorrent.com had the original client and put forth the protocol, but the protocol now has a life of its own, regardless of what Bittorrent.com does. Same will be basically true of the SAFE Network and the protocol that makes it run. Different apps and clients will be able to interface and use the protocol, and MaidSafe (eventually) can fall away completely and the evolution of the protocol be taken over by the broader community.

Didn’t know MAIDSAFE company was subject to any of China’s laws.

They may pitch a general hissy fit and apply the death penalty to anyone running SAFE Network software, but I doubt that it could go that far. And unless they can exert that level of control already, then it’s out of their control.

Yes they could, but it would not be under that Law, as you pointed out. They would use some other or just make up some excuse to do it.

Didn’t know MAIDSAFE company was subject to any of China’s laws. No MAIDSAFE is not affected by the law since its based in the UK

Yes I understand and you are correct. But Maidsafe has developed partners/investors in China have they not? Would those partners be scrutinized by POC? I am aware there are distinctions between HK and China.

Would those partners be scrutinized by POC?

That is an interesting question

I guess it comes down to the roles any such enterprise are engaged in.

So I don’t see a problem. That company could provide all the assistance, but it doesn’t affect the code base because those companies are not involved in that, and its open sourced anyhow, so anything the HK company could do the china government could do themselves.

And the company can give all the technical assistance/support to the government they want, it isn’t going to help the government “crack down” on SAFE usage.

The technology is really counter intuitive to the control systems governments work by and really become difficult for the authorities to legislate for. The only way is to outlaw its use, but we see how well that works for other things the authorities have outlawed but the people want.

Over and over and over again what we want is a voluntarist world. Its become non negotiable. We can’t stand undue influence or coercion. At this point we actually need this voluntarist world to survive, it doesn’t seem like we can go any further without it. SAFE is part of it. It can help deal with government censorship and deal with propaganda/censorship through potentially bypassing the filters of sponsorship and state media.

I see two things that are killing us us from the essential voluntarists point of view. One is oil. Its a massive economic efficiency and enviro externality and aggression drag that is a ball and chain around humanities ankle that has to be retired as soon as possible The other is work. Work has been phony for 50 years. We get paid to torture each other with obsolete paper work. Most employers are at best baby sitters. There isn’t enough unconscious denial left to allow us to keep faking it. The the other common variation on this is the sweat shop and its surely a case for automation and hence just as fake. Its as if we’ve suddenly realized we’ve been carrying monopoly money around in our wallets and bank accounts. Crypto will replace gold and tech like solar will replace oil.

Here is a concrete example of tech pushing us toward a voluntarist outcome. Tesla thinks it can build a plant that runs 20x faster than any plant has ever run, run it without humans and with much higher quality and lower cost. A completely automated machine. It says if someone replaces their own job they will find them another one. But here’s the thing, there is no arguing against the potential of a machine and no denying it at this point. We can’t even fake it. So Musk says a guaranteed annual income is going to be inevitable. I’d say its long over due. But the kicker is, it has to be a very high GAI, because from a voluntarists stand point work more than anything else must be completely voluntary. And given the state of tech (despite crowding) it has to be better than something like: here is this plot of land, its yours work it to survive, build you’re own tools.

There is a benefit to us having each other. Maybe some exotic tech will give us the homestead back. But our tech has reached the point where we can store information in a single electron, almost a limitless amount and retrieve it. Electron as info packet? Not as mind boggling as qbit (same kind of thing and can be or is spread across space /time.) but its a nano or quantum world and its meaning in social terms is voluntarists in that we are not as constrained by space-time-causality-necessity type relationships, as much anymore and stuff can finally be much more voluntary and conscious. Involuntary is unconscious and asleep- its wasted potential as in a “mind is a terrible thing to waste.”

But let me just address a GAI issue. It was a conservative idea historically. Think of it, with a high enough GAI, no need for a union, and really no need for hierarchy it allows the voluntary scope of relations to unfold with relations based on trust instead of fear and on free will instead of base of Maslow’s pyramid need, its allows for more actualized relationships where we cooperate instead of exploit each other, for friendship instead of slavery. Its our collective inheritance. If you can’t exercise your free will, and use your voice or express yourself you’ve been rendered unconscious, you can’t even give, your development has been stunted, your potential contribution for having lived gone, its a dead state.

Here is professor Guy Standing talking about a global revolt against a phony free market.
https://www.google.com/url?sa=t&source=web&rct=j&url=%23&ved=0ahUKEwjr-ejB5p_QAhUprFQKHSrZB1UQxa8BCB0wAQ&usg=AFQjCNF1sHlk2z9QIx28jtvfnGP_UlkifA