Is it just me or does it seem like China is encouraging North Korea to start a war with USA? China would seem to be the winner in such an event especially as the USA is bankrupt and cannot pay its Trillions of debt back to China. This war would then make the USA the aggressor and make China the outright winner. Although such a disastrous war would kill millions in the process as there is no First strike option with North Korea as their millitary is protected underground from first strikes. And with Russia now starting to rattle its cage and Venezuela blowing up, it seems the world has lost its grip on stability.
DAO it seems has no protection against a worldwide EMP strike.

Doubt it. The Chinese government fears internal instability above all else. A US strike on N. Korea would lead to millions of refugees flooding across the border into China. Plus there would be many calls for China to retaliate against the US for an attack on an old ally. It would be a disaster for China.

I believe that China does enjoy using North Korea to fluster the U.S., while holding themselves above the fray, just as passive observers.

However, this is a dangerous game for them to play, because if and when the U.S. takes action, the result will be a unified, U.S.-allied Korea, directly on China’s (and Russia’s) border. They risk losing their North Korean buffer and may end up with U.S. missles planted directly on their borders. This is why it is in their interest to handle this situation before the U.S. handles it.

Now, an argument can be made as to how much of a threat that North Korea really is, and whether all of this is not just theater to give the U.S. an excuse to to exactly what I have described. All the more reason for China to remove this excuse, before it is used.

Edit: It occurs to me that China is in a lose-lose situation here. If they do nothing, the U.S. may attack North Korea and they will have to deal with a unified Korea. However, if they remove the Kim family from power, a unified Korea would probably follow relatively soon afterwards anyway. Their best bet is to do nothing and hope that the U.S. continues to bluster without acting.

China will overtake US in terms of economy ( in less than 5years).

And China already overtook US in AI filed. Lets see what will happen.

Sinophobia is a propagandist tool. The NWO is a global project.

But CCP already using AI technology to watch and control its own people! Thats why I think safenetwork is too important to fail.

But CCP already using AI technology to watch and control its own people!

I don’t see what makes China so special.

Directed by Laura Poitras. With Edward Snowden, Glenn Greenwald, William Binney, Jacob Appelbaum. A documentarian and a reporter travel to Hong Kong for the first of many meetings with Edward Snowden.

Nasty stench of Sinophobia all over this thread - anywhere else it would be rightly termed racist.

As long as they talk about “China” or “CCP” I’ll let it pass. Start talking about “the Chinese” as people, and I’ll start banning.

Your patience and consistency is to be commended

I try my best to act like the animals I love, admire, and sometimes eat.

Like saying you’re against Putin (richest man in the world?), with his nice villa, and not against Russia. Poisoned Navalny is gathering a lot of supporters atm in Russia it seems in this one sided snowball fight for example. Also protest in far east of Russia, closer to China. Interesting times.

The nice villa belongs to the Russian state and is for the use of the President. Exactly the same as say Chequers, the country house that is at the disposal of the current PM of the UK. But that wouldn’t make such a good Russia-bashing article.

Any credible evidence for this (richest man in the world?) slur?

Of course the West will big up the Navaly narcissist adn be assured there will be maximum support for him from the US Embassy. Apparently the US Embassy published all the routes and assembly points that the , mostly paid, protestors were to use.

Can you imagine the howls of rage if the Russian Embassy in Washington had published similar info for the attempted coup last week as the fascists attempted to storm the Capitol? The entire Russian diplomatic corps would already be on the plane home and the B-52s would be orbiting over Sashas chickens, ready to strike St Petersburg and any other concentration of Russian people.

The normal double standards and lies from a failing regime, desperate to distract from its own failings.

PS How is that nice Senor Guido getting on in Venezuela? Dont hear much about him these days, do you? Give it 6 months and that clown Navalny will have subsided again into obscurity. So much for the puppets the West puts up as brave defenders of democracy. - Pitiful.

I am pretty close to the border and international waters. Russian fighter planes frequently invade our airspace. I’m guessing it’s some kind of show of force. Fortunately we have not had any Americans come here to liberate us yet. I wish they could all just leave me out of it, Russian, American, Chinese and whoever.

Why does the Russian state need such a luxurious villa (built by Putin) with stupid gadgets in the middle of nowhere? If it was an old protected building like Chequers (16th-century), also used in movies like James Bond for example, I would find it less a waste of money. Eventually Putin will be gone and it will indeed be from the state. I’ve visited the Palace of the Parliament in Romania (‘commissioned’ by Ceaușescu, now property of the state). Not that old, but already in decay: too big to maintain (most of it). I hope Romania won’t waste too much money in an effort to maintain it.
If Putin is the richest men: I don’t know. Probably not. But he has a lot of money. In USA now some remarks about Biden wearing a Rolex watch (10k), but Putin has a whole collection of expensive watches with e.g. a German Lange & Söhne (470k): that is proven without a doubt. ps: Xi Jingping aka Chinese Winnie-the-Poo has an Omega watch of 15k.
It seems to me it is not only Navalny and ‘the West’, but that also more Russians are getting tired of Putin. Protests today in Yakutsk with -54

: respect. And the influence of the ‘West’ will probably be limited to ‘moral support’ and online. Military too dangerous with nuclear weapons of course and CIA has other things to in the USA itself atm, it seems to me.
But what do I know: we will see in the future how it evolves. 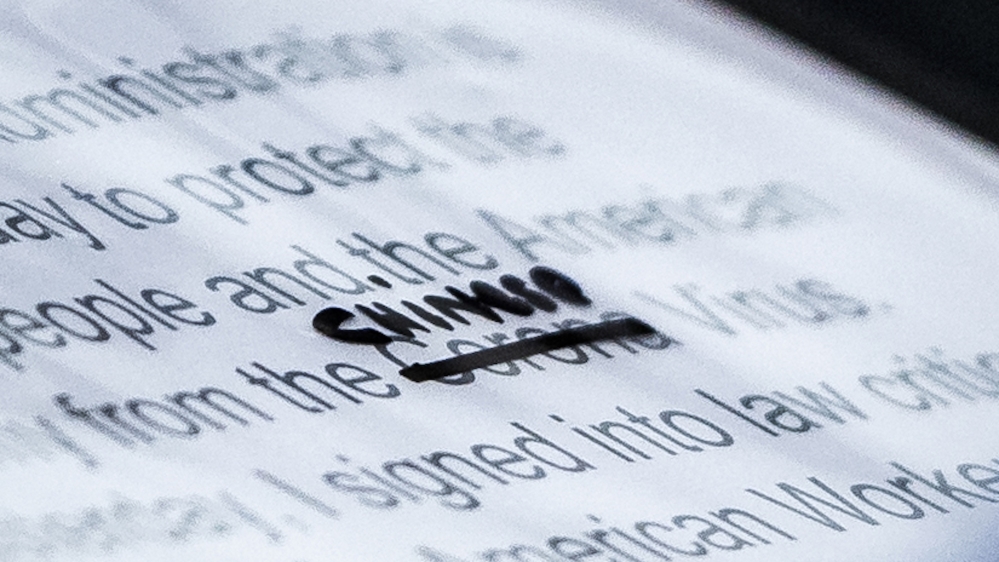 It is time to acknowledge and address Sinophobia in the United States.

Sinophobia Will Never Be the Same after Covid-19

Just hours before I started writing this article, US President Donald Trump hit the headlines again for calling Covid-19 ‘the Chinese virus’ and ‘Kung-flu’ at a campaign rally in Tulsa, Oklahoma (The Guardian 2020). He has been using such racially...

Membership of The Royal Arch - a particularly vile part of the cult of freemasonry - is practically mandatory for British & Russian intelligence agents. They operate as counterparts. The royal arch occupies the 13th degree of the Scottish Rite - the primary masonic format in the US - ensuring that all three goose step in synchronicity…

The Degrees of the Scottish Rite

It seems to me it is not only Navalny and ‘the West’, but that also more Russians are getting tired of Putin. Protests today in Yakutsk with -54

I wear a Rolex, so what ? Its not a big one or a particularly valuable one (as Rolexes go ). My mate, who nobody would describe as particularly wealthy also collects old and interesting watches.

Point being, the Western gutter press keep repeating this utterly unfounded allegation about Putin’s alleged wealth. Not one of them has come up with any irrefutable proof of these accusations. Putin was well-known in St Petersburg during perestroika as incorruptible. There is ZERO proof that has changed. Plenty of whining and allegations form the vested interests but nothing solid. So we’ll just dismiss that as junior McCarthyism and distraction from the very real fuckups and corruption of the West and its leaders. You have been propagandised upon most successfully it would seem. Cos where would the West be without an imagined bogey-man. That bastard Putin, keeps putting Russia’s borders so close to the NATO military bases… Remind me again, how far is Estonia and the other nazi-sympathising Baltic states from the Atlantic?

Gratuitous Sinophobia to match the Russophobia, at least you are well balanced

Mentioning the low temperature is probably a form of ‘clickbait’.
And sure the ‘West’ is probably not always that objective concerning Russia. But IMHO Putin and his government certainly isn’t better in the propaganda department.
I agree with you with the Rolex. Although I’ve built a collection of cheap watches myself: much more respect for a cheap Vostok Komandirskie or a $10 Casio f91w that goes 7 years (I know from experience) with 1 battery and is more accurate then a 10k Rolex. But my point is people complaining (unjustified) about Biden wearing an expensive watch, maybe should start with mentioning Putin and his watches (with one of them 44 times more expensive the Biden’s watch). He also gives such expensive watches to random people (I’m not saying that is bad) and even has thrown one of them in wet cement.
I’ve also been in Estonia (no reason to insult them or any other country) a couple years ago. Probably caused by their bad history with Russia (the movement of whole people groups by Stalin for example) and the perceived thread of Russia (Ukraine, the Krim), but it did seem harsh to me that they didn’t allow the Russian speaking people, which is a big percentage of Estonians, to have education in Russian. This way you could push (some of) these people more to Russia, which is counter productive.
The reason I mention the Winnie-the-Poo is of course not Sinophobia, but the censorship. Like was already mention on here this forum for example.

Fair points, on the whole.

Hehhehe I missed that one