pretty useless apart from for micro-transactions

So…what did I say wrong?..lol
I stick by what I said! I can see no use I could make of it, it’s all command line too…but I’m not a techie, so what do I know? Just not something that “grabs” me.

The potential use that can be made of it is huge. The ultimate prize is that it helps make bitcoin “a” possibly “the” currency of the IoT. Machine money. They view bitcoin as a new system resource for computers. It’s much the same vision as Safe. Perhaps Safecoin will also play a big part. I certainly hope so, but I would not underestimate 21. It’s run by super smart people and backed by a lot of interesting capital, including Qualcomm.

“Ping21 is a sneak preview of the machine economy, which 21 is attempting
to cultivate. In addition to a currency, 21 also views Bitcoin as, potentially, a new system resource
for computers. Bitcoin has essentially enabled the set of incentives necessary for devices to trade data and services on a level that was not possible in the past.”

From an interesting article that fleshes out some of these ideas: 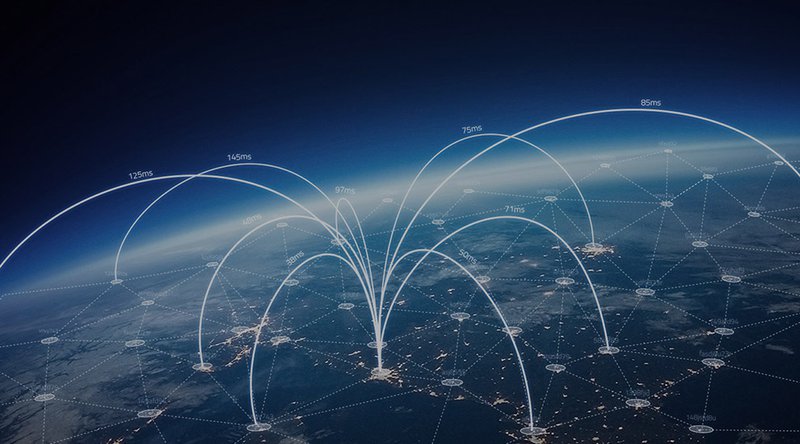 21 Inc has announced the launch of ping21, a service that allows users to check the uptime or latency of any given website from Bitcoin Computers on the 21 ...

Interesting, though it still costs 20,000 satoshi to open a payment channel

The main “failure” of bitcoin, as I pointed out in the Hearn topic, is that it’s reason for existence was to decentralise, and it isn’t decentralised (or distributed).

Micro Payment Channels aren’t new BTW and they have significant drawbacks unless they’ve changed since the original conception. Essentially you lock up coins with a particular vendor - and spend what is locked up over time (similar idea to buying SAFE storage). But they didn’t (don’t?) allow you to spend a Satoshi here, a Satoshi there etc.

Lol…since Janitor posted basically…“Ha…and you said it was useless except for micro-payments”, I’ve been looking deeper into it and I must say its actually surprisingly taken up a lot of my time and concentration…I’ve looked into all the papers, read the true potential of each command…looked at the all the amazing tech…and I have to say…I cannot for the life of me think of a real life use…
Can anybody please tell me who would use this, what for and what would the market for it be?

There are many uses, but one of main obvious uses is that you can “pay per second” for anything they do, which is quite amazing.

For example - and I don’t want to compare it with SAFE, but I will mention it because that’s one subject that has been discussed here several times so it’s familiar to many - with Safecoin divisibility will be required precisely for this reason (also maybe if Safecoin appreciates even more).

If payments as small as 1/100,000,000th part of BTC are possible and economical, pay per second, pay per byte, pay per frame, etc. may all be possible.

While “micro payments” is one way to put it, I would say these are better ways to describe this:

I found their product to be quite pricey, but they’ve got this covered well and another feature (often said to be impossible) is that the page above explains how refunds are possible and easy to make with this approach. Personally I don’t see that as important, but that’s another feature that people have been saying is (practically) “impossible” with Bitcoin.

Imagine that, for example, that one can be paid - economically - for feeding back micro amounts of home-generated electric power back to the grid.

What are the fees for each micropayment? any?

Well that’s what the link I posted is about, but here’s the spoiler, the first paragraph of TFA:

Micropayment channels allow a customer to pay a merchant as little as a single satoshi (currently about $0.000004 USD), and do this time and time again over the course of hours or days. No matter how many payments the customer makes—and they can make millions—only two transactions appear on the Bitcoin blockchain and only two transaction fees are paid to miners.

So if you open a channel with your payments processor, then it’s 2 tx fees per channel regardless of how many tx happen in the channel.

21 have now made it possible to buy a chain of APIs which allow this kind of sequence:

Buy 50+ APIs with Bitcoin in the 21 Marketplace

Brave (which I mentioned here) will soon introduce BTC micropayments for those who accept to display ads. Interestingly, users will be able to send payments to their charity or other address of choice (which is nice if you don’t want to do KYC with them, but want to help your fav project or charity get some donation money).

More news about the useless 21.co (as per our crypto gurus from this topic) - they’ve made a smart move by also making the s/w available. So those who aren’t very technical can get the little thing, and others can mess around with the s/w.

How to install: just open up your terminal and type: sudo https://curl 21.co | sh
To review the code before running, run curl https://21.co | less

A Windows version is coming out soon.

I’m thinking about repurposing one of my ARM devices for this thing.

““We’ve taken every computer and turned it into a Bitcoin Computer. It’s a new way to monetize online,” he said.”