Hi for anyone in London this event from The Czech Institute of CryptoAnarchy looks very interesting! 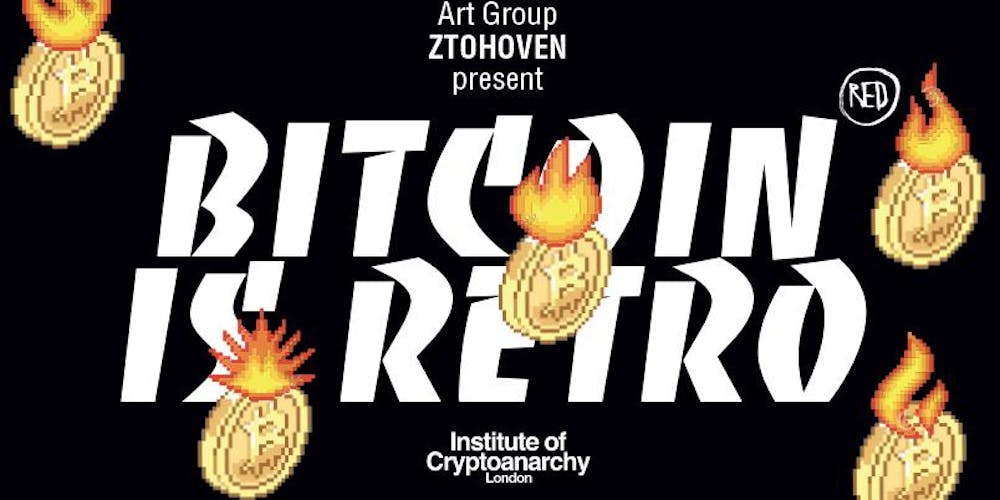 Czech artist collective Ztohoven comes to London’s Red Gallery on Friday 26th January 2018 to present one of their latest project - Parallel Polis (institute Of Cryptoanarchy).  Ztohoven explores the connection between the arts, science and...

May be wrong, but I think their Prague coffee shop called the “Parallel Polis” was the first of its kind worldwide, as it accepted only BTC. They’ve evolved though, so I believe that these days, you can get a cup of their coffee for Ether as well.

As for the Ztohoven group, they like having fun, and one notable thing I recall them for doing was hacking the national Czech TV and pasting a faux atom bomb explosion into a morning broadcast.

It was some day in June 2007. Not quite like the others though.

Hi thank you for the Video

The coffee shop looks like a good place for interesting conversations for sure.
The presentation was great & I learned that Paralelni Polis was originally a samizdat essay by legendary Czech political activist and mathematician Vaclav Benda. The institute of Cryptoanarchy is described as an actualised working platform based on his philosophical concepts, to protect privacy, freedom & relationships. Their emblem represents Technology, Art & Science. They managed to create a great atmosphere,- fun, relaxed and interactive - in only a few hours in a gallery in London and it seems their own space in Prague is a genuinely healthy micro environment that is a pleasure to spend time in. Its also wonderful to find a coffee shop somewhere in the world dedicated to the kind of intellectual excercising coffee shops were once renowned for, as opposed to the mothafrothacrappacino culture based on exploitative measures to gather the beans…
But back to the good stuff -
Attorney & educator Pamela D. Morgan has said that 'every city needs its own Parallel Polis’
I agree!

So you attended, huh?

Yeah, well, it’s an interesting concept. And they are pretty edgy.

They definitely show balls here there and they are allergic to the slightest hints at oppression. I believe that one of them actually spent about a month in jail for installing his preferred symbols on traffic lights all over Prague.

They or at least some of their members have this idea that the internet is the new neural network for humanity and that with the arrival of cryptocurrencies, we’re just a step away from apolitical society with no central power.

They’re perhaps the last bastion defying the central evidence of sales too.

Thank you for the traffic light artwork! I love these people! If they’re aliens then so am I

- and as no stranger to alienation I’m comfortable with that.
Genuinely, I find their mission thoroughly humanitarian. I met with them again today, and heard great things about a project near release designed to give homeless people access to cryptocurrency & special vending machines they designed and helped manufacture. for essential basics such as blankets & food. Its early days, but their capacity to increase the scope and delivery of the project is recognised and under construction!
I am loving their talent for actualisation. Their willingness to not simply think out of the box, but to create a different reality altogether is a beautiful thing indeed, The parallel polis is not just a lofty ideal. Vaclav Benda devised a philosophical platform and these people are deeply intelligent, organised and motivated. They can see scope and potential for improving marginalised peoples lives through the medium of decentralised internet provision and cryptocurrencies. They are not simply talking a big talk- but making good things happen. I am looking forward to visiting Prague and learning more. There’s a conference in october 2018

The term cryptoanarchy describes the growing environment of the unregulated Internet, where unlimited data sharing and the development of the free market became possible by using anonymous tools such as decentralized currencies like bitcoin, and...

All sold, ha. Yeah, they’re more heads on than purely loudmouth activists, and they know the power of humor.

Now that we’re past another presidential election, it may be time to remember one of their vintage achievements.

In 2015, they somehow outsmarted and overcame the security staff to climb up the walls of Prague castle. Dressed as chimneysweepers. They captured (well, stole) the presidential flag

and installed the one which they felt represented the current president in more genuine manner – big red trunks (a symbol of the totalitarian Czechoslovakia):

So for a brief, we had a pair of red trunks flapping on the flagpole of Prague castle.

The chimney sweeps later claimed to have cut the original flag into pieces and mailed them at randomly picked addresses of ordinary folks, hence returning the flag to the people.

Apparently, even some of the British media took notice

I know zilch about the situation in Calais though.

I’m loving the pictures & videos you’re posting! Thank you - I had no idea about all of these brilliant artistic ‘installations’

I am genuinely impressed by their outlook and perspective - they seem to have the balance between humour, ideology & and practical activism perfectly pitched.
Regarding the terrible crisis in Calais - More help is needed. More interest is needed.
I’ve posted information on the Refugee Community Kitchen in another post in ‘off topic’ as I felt it would be better placed there as a genuine request for more help from anyone in this wonderful community!