What characteristics will be important to build the best farming rig?

The most important factor is obviously a large amount of storage. Can a vault span multiple drives, or will we need to run a RAID type setup?

How will drive failures affect the network. At what point does the cost of redundancy outweigh the hit from dropping data off the network?
If you have 3 disks, I expect you don’t want to cut your space by a third to gain single drive failure recovery. What about if you have 100 drives? Would spending one percent of your space for failure resistance be useful?

What will be the procedure for drive upgrades. Is there a process to nicely decommission storage and informing the network that the data must be moved, or do we just dump the data and let the network figure it out on it’s own?

Uptime is important. Will hot-swapable drives be useful?

Power consumption is obviously an important factor as well.
I assume CPU performance will not be important and GPU even less so. A mobile Haswell processor may be a good choice. It’s dynamic power conservation should use the lest amount of power for whatever processing load is required.

From what I understand, the speed at which you return a GET response will affect your performance as a farmer.
As a result, will RAM be important?
Can SAFE make good use of available RAM in order to cache popular chunks?
Will it make use of tiered storage configurations? RAM (or RAM disk) for very popular chunks, SSD drives for common chunks, and spindles for bulk storage.

Also interested about farming.
Can’t wait to see the answers…

I’m also planning on buying/building a rig that will be connected almost 100% of the time for farming. I’m wondering the answers to these questions as well. I’m sure we will learn as time goes by but I want to have something from day 1 to help with testing and adding to the network of nodes.

If the assumption that safecoin farming does not require processing power (cpu/gpu) like bitcoin mining does and instead is data and ram intensive then it is indeed a hell of a lot cheaper. Processor power is a lot more expensive than data and ram to buy.

So RAM and HD space is probably the key to a good rig. I can handle that. I’m probably going to get an extra 3-4 TB HD and upgrade my RAM. If anyone runs across any deals on 3-4 TB drives and RAM, could you publish the link? What are people thinking for their own setups?

I’m thinking of two directions, and probably to run alongside each other so I can compare and publish the results. Both are silent low power options, so leaving them always on is no problem.

I shall return to the Excito at some point …honest

I set-up 3 U2 odroids today and think we should have a load of U3 odroids arriving very soon to play with. I am sure they’re breeding…

Brilliant - I better order before you buy them all!

I’m tracking a couple other lines for dedicated nodes:

lightweight linux (like lubuntu or xubuntu, etc.) allows these things to be pretty zippy. Windows 7 Starter runs fairly clean, though not as fast as light linux. Windows Ultimate is a bit slow, but if just running the maidsafe client, should be okay. We’ll see when the rubber hits the road.

If the maidsafe client will be ported to android, android on one of these machines would be even zippier, and lower power consumption.

Can you provide links or a bit more spec so I can see what you’re considering in more detail. Thanks.

Can you provide links or a bit more spec so I can see what you’re considering in more detail. Thanks.

Don’t really have much more in the way of specs. So maybe elucidation will help.

This is mainly what I’ve worked out from searching Craigslist, getting cheaper low end items and messing with them.

The basis that I’m using to conclude these will work is from having consumed almost everything @dirvine has said on interviews, etc. He’s said that the client should run in background on most any computer without much notice. He’s said the client will run on systems with “terribly low” resources. Therefore, I have to assume that it will run well on a dedicated computer with a competent 64 bit processor with a lean OS.

The Acer and Asus netbooks run really cool, even while working fairly hard. The Dell Inspirion I got is less impressive, though I imagine some of the others are fine. The main thing that got me on the track was the Intel Atom processors. 1.5 gb at 64 bit in the netbooks. That or better (up to 2.5 gbz) with more ram in the thin clients. More RAM on the thin clients is nice. (I’m going to replace my desktop with one.) Built-in battery backup on the netbooks is a plus, especially if you plug your dsl modem and router into a UPS and set the netbooks to stay on with screen off and lid shut.

There are a couple of means to run android on a desktop or laptop. I’ve not done it yet but from reports I’ve seen, it runs very fast and cool (energy use wise). I figure a full node running on android on a competent machine should make a very low-cost, efficient farmer that is quite useful to the network, but even on a lightweight linux os it should be about as good.

I ordered the Linux Odroid image, but Android is also available so may be worth trialling at some point, though tiny power savings on such a low power device (<2W) are probably not significant unless you’re going to run it on solar or something

[1]: http://nerdalize.com/. They want to heat up houses with computing power. I do hope they broaden their vision for this product, because one can imagine, that they offer storage and maybe even builtin wifi, that could enable the Nedalizers to become meshnetworks (Warming up homes, Storage, Wifi and computing power). If only this product could also generate electricity than it would be the ultimate “Must have”.

What about using EC2 with S3?
Will it make more sense to have smaller instances with small storage or big instances with big storage amounts?
The drawback could be if you reserve a big storage size and it doesn’t get utilized, you’ll endup paying more than revenue.
Thoughts?

The drawback could be if you reserve a big storage size and it doesn’t get utilized, you’ll endup paying more than revenue.Thoughts?

Yeah, that’s the question. I definitely think that more nodes will be more beneficial to the network and more productive to the farmer, as long as it’s not too small or slow.

I’m going for low power, yet pretty efficient Intel Atom processors with lightweight linux OSes. 320 gig internal hd or more would be good to start, I’m thinking, with the ability to plug in more external hd if it starts getting filled up.

Could be I am pasting this info in the wrong subheading, but what you do you guys think of this: 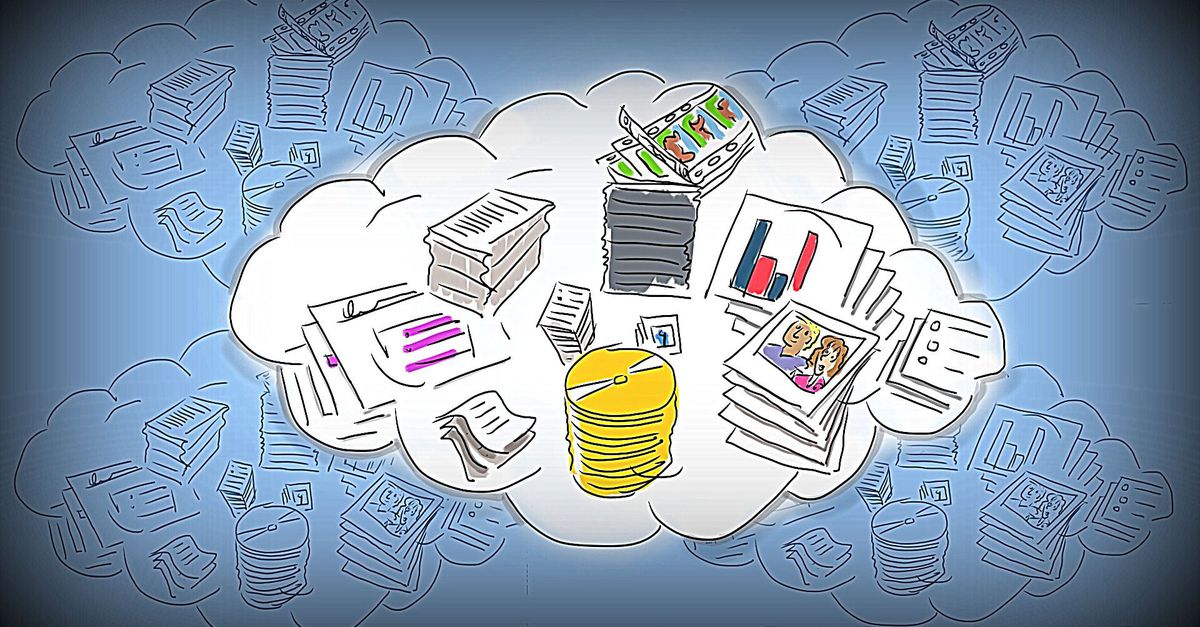 The battle for your Internet based storage business is now a full-scale ware where the winner will be you and your data.

even when you take into account the cloud wars as mentioned in this article.

I think the future of disk is cheaper and cheaper storage, I hope the safe network will be able to over not just cheap storage but good ram and throughput for all data. Interesting times is all I can say.

This article hits the nail on the head. Each cloud storage is trying to draw people into their business eco system. The SAFE Network already has an open eco system from the start. We allow all to join freely without a “bait and switch” gimmick. The Network belongs to the people, not a for-profit corporation.

Big names will have more resources and lower costs in the beginning. So it will be interesting to see what happens when we debut in this trending market. Our growth potential is unlimited.

There is a different vision for what the ideal farming hardware is. Assuming they work, Maidsafe and projects like it will soon be in the practice of telling entitled billionaires “your money is no good here.” I don’t think it makes sense to count on the current internet to remain functional. Its a threat to fixing elections, spying and secrecy and all regressive business models.

Therefore the ideal hardware is the realistic hardware in the face of unpredictable adversity. That is hardware and software that is completely owned and controlled by the end user where the end user has absolute control over the end user interfaces by design and without exception. Never any modal anything. That’s open mesh phones that are rugged, cheap, hardened (aluminized,) with support hardware like cheap open free space optical for consumer roof tops and mesh nics for open PCs and solar kits.

If Telco and Cable internet isn’t reduced to dumb pipes the internet in many important regions may become like Fox News or be remade in the image of TV. Counting on the ability to piggyback is too much of a risk. The Safenet work will not be safe until its is out of the hands of governments and corporations.

Suggestions ? may be more RAM

I have two U3 Odroids scheduled for delivery tomorrow - currently in Khazakstan! - isn’t parcel tracking cool

Anyway, its time for me to look at my hardware again, B3 and Odroid and I’m wondering about disks.

I’m considering the following setups co-located and sharing broadband and wondering how to provide storage and operate them. Any input would no doubt help others considering farming h/w setups:

Actually the second U3 will probably end up on my boat for me to play with and not farming.

First question is about the B3. Obviously drives fail, which means significant downtime for me (as I’ll be 200 miles away) and I’m wondering about the best configuration to handle this. b3 supports RAID, so I could use RAID to put off the evil day, but when a drive fails I will lose the vault and its ranking will plummet - b3 is not very good at handling a RAID drive failure (not easy to rebuild the system drive from the auxilliary).

So my question is about whether to avoid RAID, and use the two drives to mirror the vault “manually” onto the second HDD? So if a drive fails, I replace it, and restore the vault from the mirrored copy. Would that even work? Using rsnapshot? Would it help recover ranking after a drive failure? If a vault goes offline, how quickly is ranking lost, and would it recover more quickly by restoring a vault than simply starting from a clean vault? I realise there are no definitive answers to these questions (if any at all at this point), but some discussion of the issues would be helpful.

TL;DR version: does it makes sense to make a local backup of a vault to recover from a drive failure and hard earned farm rate, and if so under what kind of cirumstances (such as maximum downtime to restore a broken vault).

Also @ross / @benjaminbollen any news on b3 setup, and any secret knowledge needed for U3 setup (Ubuntu)?