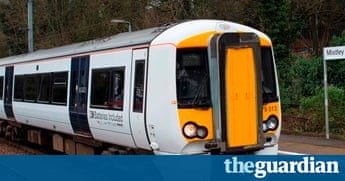 Battery locomotives have been around for 100 years or more. Electric trains at least as long. Electric trains sans battery always made sense as you don’t spend energy transporting the power source because simple wire contact. But increasing battery power density coupled with the greater effiency of electric motors and lower maintenance costs will mean that batteries defeat diesel as a power source for locomotives. Almost all locomotives are already electric drive and that’s been for many decades now. Its just a matter of replacing gas tanks and diesel generators and the fuel transport industry with batteries and high effiency power lines. New long distance power lines are super conducting DC. Freight trains have been hybrid electrics for maybe 50 years or more. They too will make the transition to full electric at considerable savings- the 20% example in the article likely understates by quite a bit the actual instant savings. As for trucks, the weight of the battery can be mitigated by swap systems, solar trailers (quite substantial) increasing battery densities. It is expected that an S at some point will get 1000 miles to a charge. That will mean electric trucks will have greater range than today’s gas trucks. Not only that but having two trailers can up the towed weight while allowing for longer haul electric range. Its 80000lbs per trailer but two are allowed in the states getting rid of the range issue and for trains its not an issue. Even charge time will not be an issue in a commercial setting.