The output will be in the folder from which the commands was run. Looks like you are in self_encrypttion to me, so look there!

Ok I installed rust and gcc (already have git) and I followed the instructions pretty much and get this.

By the way I’m wondering what the other commands are. Obviously this is a command line program but what are all the commands and their oporators? Is there like a help file or manual?

I don’t know if this is your problem, but I notice that the path to the file that you’re encrypting has forward slashes and backslashes in it. Your path also appears to have spaces in it.

Backslashes cause me issue in git bash in windows. Perhaps they’re an issue in linux as well. I’ve been using \\ instead of just \ when I needed a backslash.

I just googled for your error, and this popped up. It seems like you might have to set an environment variable to point to where rust is putting the libraries. 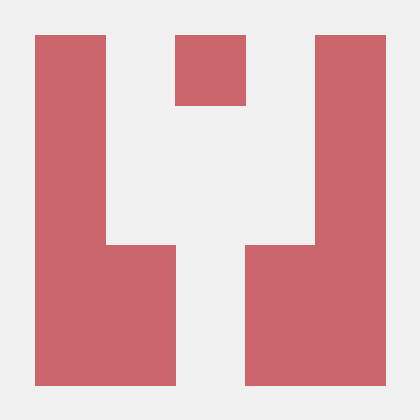 --help [POSIX compliant] is the default help screen. this is an example only so when we build libs we supply simple examples to show devs howto include it in their applications. So do not think of this as an application. It would take several hours, probably a whole day to make it into a nice wee app with a gui etc. but the point here is we just show how to use the API in as simple a way as possible.

In this case it probably does not cater for spaces in the command line I would think. that’s fixed by probably adding " marks around the path with spaces. It’s typical for command line parameters as the prog or parser for command line args has no way to tell if you are supplying multiple things.

Try " in this case, but better take the example and make yourself a secure dropbox addon or similar

Then it starts to get cool

Okay I’m reading the link provided and quite frankly I’m confused as to what command I should issues or where to find the appropriate library to edit. God I feel like such an idiot.

So do not think of this as an application. It would take several hours, probably a whole day to make it into a nice wee app with a gui etc. but the point here is we just show how to use the API in as simple a way as possible.

How long would it take to make it a nice wee functional command line app with a readable man page?

I’m confused as to what command I should issues or where to find the appropriate library to edit.

I think you should edit .bashrc (if you use bash) and add the line

You may need to close your terminal window and reopen it, or logout and log back in again, before it will read your .bashrc file to act on the line you just added. It only reads it when you log in I think.

Okay, stupid question but how do you edit .bshrc?

Okay, stupid question but how do you edit .bshrc?

If you see something in the file (not an empty file), then proceed to add the line

to save the file.

Okay even after updating the bash file like you showed me I’m still getting this.

If you go into self_encryptor/target/debug/examples (I think)

You’ll find the basic_encryptor and can execute it to get the help, pretty basic! as follows

Now if there was a file in here called “mysong.mp3” (note no spaces in the name) you could type:

And after that to see the output $ ls -l should show a new file (datamap) and a new directory (chunk_store_test) which contains the chunks.

This is just a tiny demo program, really intended to help devs understand how to use this library to build other stuff. It isn’t for ordinary users so no point if providing copious docs. This forum is for that

looks like an issue with internet connection or crates.io (it’s OK for me)

Put the --verbose either after cargo or after run. It’s not clear which, but I think the former.