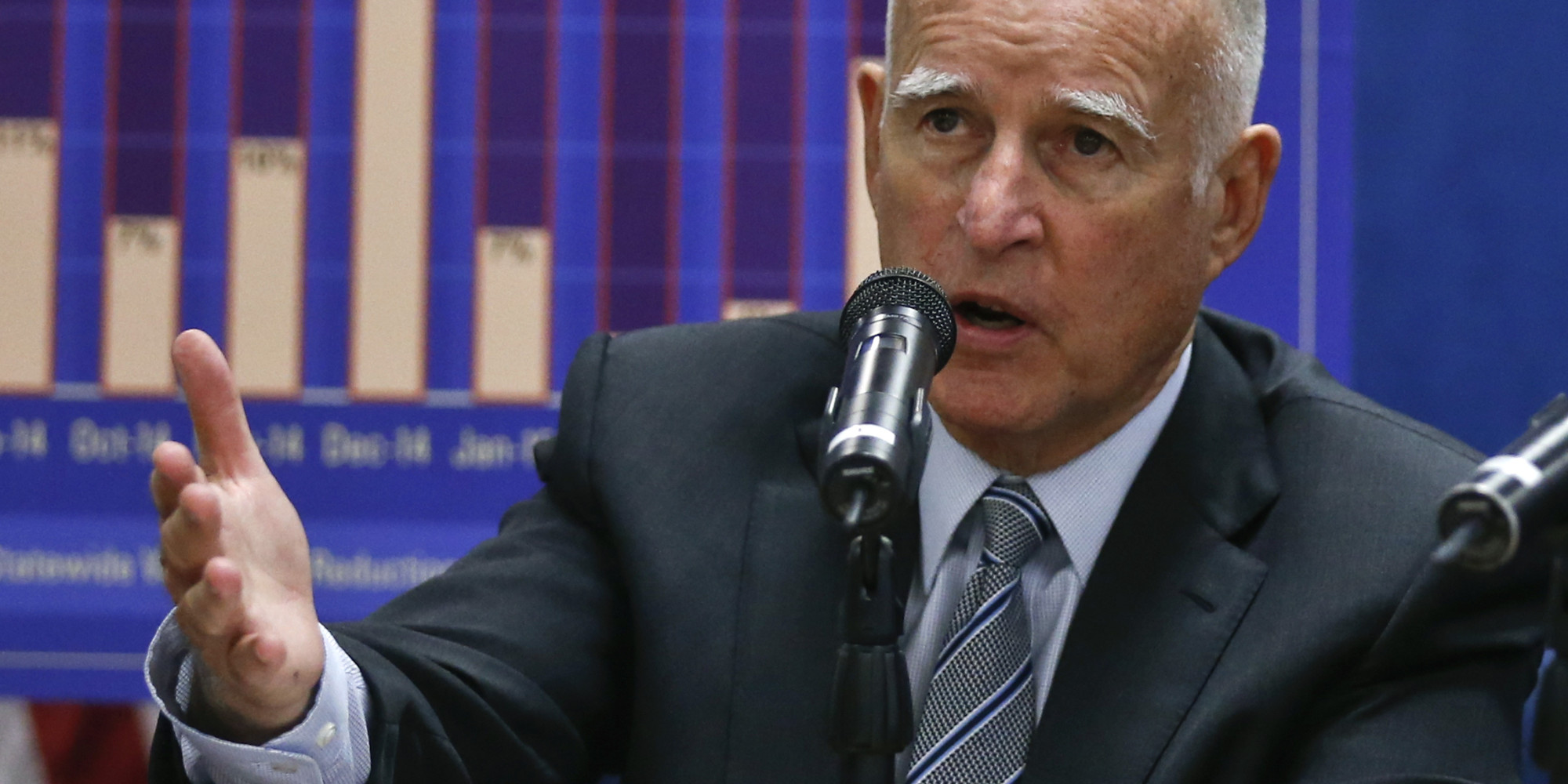 With nearly 40 million people, California is our largest state by population and is in many ways the embodiment of the contemporary American Dream. Calif...

This is how you kill oil profit and that is about the most important thing in the world.

Brown didn’t get what he wanted but then he let loose with some stunning claims that were almost better than getting the reduction.

Brown says the set back with rolling back gas/oil consumption %50 over the next 15 years is not on hold that he doesn’t need the statutory piece to proceed (that he will get it) that it won’t be allowed to slow him and CA down one bit, that they will proceed with reaching the same goals just as fast… It is expected that Brown may now use an executive order an end to fracking in the state. Fracking in the state seems to make no sense when solar and wind are solid replacements and don’t use/pollute water during a drought and don’t add to the green house gasses. Brown says we need to rid our national economy of carbon energy and do it as fast as possible.

That is not just a declaration of war on carbon energy- a declaration which could blow away, but its when he says it and then says we need to do it as fast as possible that you know he is trying to kill oil, and he is not alone. He’s got a General George Patton thing going on: The only tactical and strategic principle not subject to change is the inflict the maximum amount of death, wounds and destruction on the enemy in the minimum amount time. He plans to scorched Earth oil, gas and coal. This is great stuff coming when people are now anti austerity and politicians are actually going anti globalism with so called protectionism because they want to go local they want to follow Jefferson and decentralize economical and political power into the broadest or most widespread local basis. They recognize globalism as centralism. People are coming back to their sense after having lost them!

Victory of the common man:

Since 2006, U.S. households have received more than $18 billion in federal income tax credits for weatherizing their homes, installing solar panels, buying hybrid and electric vehicles, and other “clean energy” investments. We use tax return data to examine the socioeconomic characteristics of program recipients. We find that these tax expenditures have gone predominantly to higher-income Americans. The bottom three income quintiles have received about 10% of all credits, while the top quintile has received about 60%. The most extreme is the program aimed at electric vehicles, where we find that the top income quintile has received about 90% of all credits.

As long as carbon energy is relegated to an emergency back up as soon as humanly possible that is what matters. Should take steps to to make sure the same foolish wealth that runs big oil can’t get a grip on the green stuff. Best if its proponents end up having to sell their labor so the can get a feel for the prostitution they wrought.

Best if its proponents end up having to sell their labor so the can get a feel for the prostitution they wrought.

There’s strong evidence (see the summary of research paper above) that the rich will get richer, because the “movement” is siphoning money off the labor and channeling it to the elites.

Why would they ever need to sell labor? The movement is making that less likely by the day. All they (edit: the rich) need to do in order to avoid poverty is to keep “organizing the community” - either directly or by way of figureheads such as Obozo and Brown.

Sorry, I meant opponents of the necessary changes not “proponents.” The market is as usual too blind and stupid to react quickly enough to save itself so its being adjusted. The risk that climate change is right and its prescription are right and the need to break up monopoly carbon energy political stuctures are simply too compelling.

And no the study is bs on its face, the middle class out numbers the rich, and its middle class people responding to it now.

This was made possible only after the governor made sure his own ranch has no oil or gas. Hilarious.

Next up: state subsidies for ranchers willing to setup solar farms. Wink wink.