Indeed. In fact I even stress this in my CV for support roles

It’s convenient, and it might make you feel good about yourself, but really stupid to pigeon-hole an entire population of 350 million people.

Absolutely – but why do they make it so easy to pigeonhole themselves?

It would seem that despite plenty evidence from this forum and many other sources that not ALL USAnians are completely dumb, there exists a large enough proportion of them who ARE so demonstrably stupid that it is indeed very tempting to make that unfair generalisation that ALL Yanks are dumb as f*ck. I offer you the phenomemon of Donald Trump for starters and the continuing fiscal rape of the US taxpayer by the Israelis in support of this hypothesis.

And you will perfectly correctly reply, NASA, Silicon Valley and many many other examples.

To which I could counter “Ah but your average USAnian is thick as shit and twice as self-centred” and we’d both feel we were on fairly strong ground. I blame Hollywood, the advertising industry and William Randolph Hearst for starters.

Don’t confuse wayward politicians with the average USAnian. Maybe you shouldn’t pay so much attention to Hollywood and the advertising industry.

Its them that votes for the wayward politicians - and the “proud” gun owners I see everywhere on the media - and the depressing mass shootings which are now a daily event.

The average person is, by definition, neither very intelligent nor very knowledgeable. He is average, regardless of where he lives.

But the entertainment industry is a very powerful propaganda tool. Hollywood is greater than anything the world has ever seen, and its effects are definitely not limited to the US.

America is not without problems, that’s for sure. Those you mentioned are two of the biggest: unfettered gun ownership and the resulting violence plus the abomination of the Electoral College, which has allowed two of the last four presidents to take office without winning the majority of the popular vote. We’re working on it.

Maybe you shouldn’t pay so much attention to Hollywood and the advertising industry.

I would absolutely love to live in a world where this were an easier option. The way it stands now though is if I look out my window in France one neighbour is watching Friends non-stop day after day, and the other has Stephen Colbert on to get their ‘news’ and ‘comedy’.

I agree to a degree about being careful with the generalisations… But then, the wars, the military bases, Netflix, Google, chart music, etc, it’s not exactly an easy option to just look away

I don’t think gun ownership is necessarily such a big problem. E.g. Finland is right up there with the US and Yemen. But guns are used for hunting here, not for murdering people. Most murders, by far, are committed using a knife in Finland. Culture, as influenced by e.g. Hollywood, plays a big role.

Estimated number of civilian guns per capita by country

This is a list of countries by estimated number of privately owned guns per 100 persons. The Small Arms Survey 2017 provides estimates of the total number of civilian-owned guns in a country. It then calculates the number per 100 persons. This number for a country does not indicate the percentage of the population that owns guns. This is because individuals can own more than one gun. See also: Percent of households with guns by country. It gives the percent of households with guns. It is furt...

EDIT: However, I’m not sure how accurate gun ownership statistics really are. A cop here told me that in France a shotgun is not counted as a weapon like it is here, but rather as a farming tool. So it could be the French actually own more guns than the Finns. Do you know about that, @JayBird?

The way it stands now though is if I look out my window in France one neighbour is watching Friends non-stop day after day, and the other has Stephen Colbert on to get their ‘news’ and ‘comedy’.

So you’re The Man in the Window.

in my defence, these people watch shows or otherwise stare at screens for easily 7 or 8 hours a day, it’s crazy. With the occasional break for alcohol on the weekend, then back to the screens.

Finland is right up there with the US and Yemen.

Not really. In that survey you cited no other country was even close to the U.S. in gun ownership per capita. Interesting tidbits: According to a Harvard/Northeastern survey in 2015, only 3% of Americans own 50% of the guns in the country and only about 34% of the population overall own guns according to a Gallup poll. There is also a political slant: About twice as many Republicans as Democrats own guns, according to Pew Research. America is truly a divided country, now more than ever.

Guns in America: Attitudes and Experiences of Americans

Americans have broad exposure to guns, whether they personally own one or not. About seven-in-ten say they have fired a gun at some point and 42% currently live in a gun-owning household.

Self-Reported Gun Ownership in U.S. Is Highest Since 1993

Forty-seven percent of American adults currently report that they have a gun in their home or elsewhere on their property. This is up from 41% a year ago and is the highest Gallup has recorded since 1993. 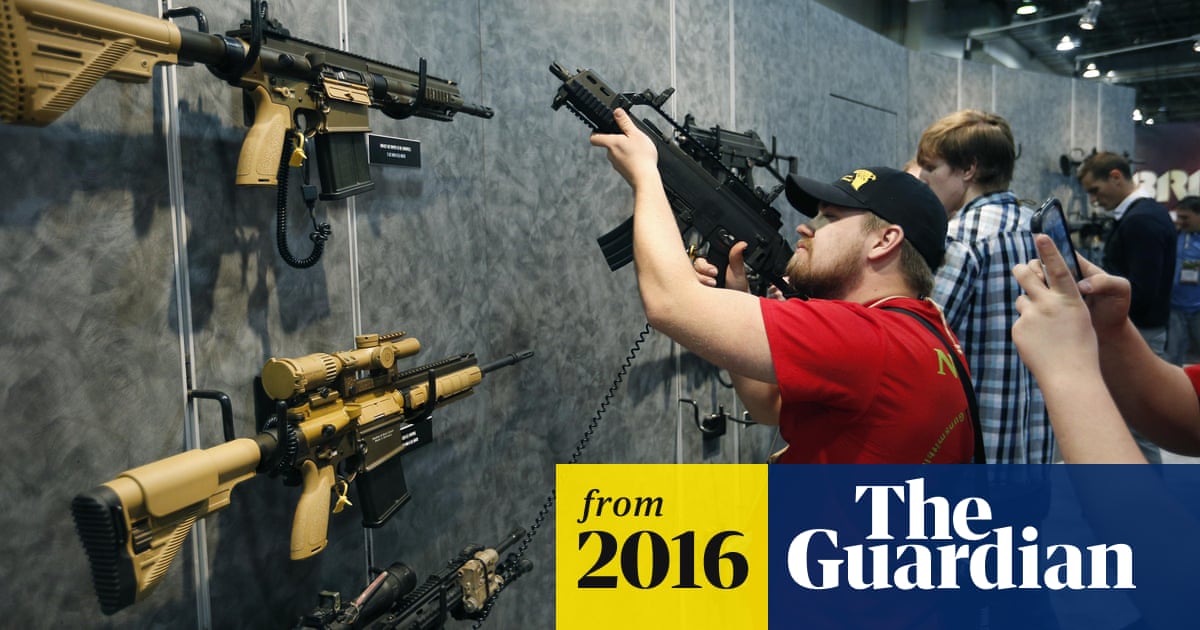 Exclusive: New survey, part of most definitive portrait of gun ownership in decades, shows just 3% of American adults own half of guns in the US

Just three percent of adults own half of America’s guns

The Harvard-Northeastern study also found that 22 percent of American adults say they personally own a firearm.

The US certainly is in its own class when it comes to gun ownership. But I’m sure cultural stuff plays a role as well. You cannot get a gun license for self-defense in Finland. You have to have a reason for owning a gun, and that reason is either hunting or shooting sports. I guess aggravated USAnias see themselves as cowboys, whereas Finns in the same state of mind see themselves as something even more primitive and prefer a traditional blade.

Ha Ha, yeah, that’s it in a nutshell: Too many cowboys. Some people think it’s still the Wild West out there with ‘injuns’ right around the corner. But the biggest problem is the U.S. Constitution, which too many people treat as gospel with no need for regular evaluation and updating. The Second Amendment, “The Right to Bear Arms” has been the crutch so many “gun rights” activists have leaned on to protect those rights. This two-hundred year-old amendment was crafted during different times and extrapolated into today’s world becomes ambiguous and ripe for misinterpretation. Real, constructive change in America, in too many cases, is made more difficult because of that faux oracle so many Americans worship.

Ah now @JayBird you cannot blame the Americans for that. It’s these damn pesky Russians, putting their borders so close to the American bases.

Right now there are gun shows where literally anyone of basically any age can purchase a wide variety of fire arms from strangers under a pop up tent and no background check is required or encouraged at such a freedom loving event.

To add insult to injury, I believe there is a mental health crisis in America that likely will remain because needing help is stigmatized here. Pick yourself up by the bootstraps, Put up or shut up, etc.
I think just about anyone could benefit from therapy or just having someone to talk/vent to. Instead people feel lonely, worthless, or tormented and rather than seeking help or being constructive they look to make the world see them in the worst 15 minutes of fame you could imagine. Being named and advertised as the next biggest mass shooter while the victims are barely memorialized, by the media anyway. It’s almost as if shooting is glorified by the kind of air time and attention they get.
That personally sickens me quite a bit.

This is pretty much exactly how I feel.

The right of the people to keep and operate vehicles shall not be infringed!

But “the people” should not automatically include e.g. the mentally unstable or the visually impaired. And “vehicles” should not necessarily mean missile launchers on wheels.

Happy forum anniversary @Sascha and thank you for modding along with the rest of the crew.

Thank you! I really appreciate that. It’s not always easy.

Just out of interest, I wonder if anybody here would support the right for everybody to own biological, chemical and nuclear weapons. I’m thinking an absolute anarchist, as in “no governing body enforcing any rules whatsoever”, should. Personally, I would like to forbid everybody, including governments, to own such weapons, but I’m afraid they won’t listen to me.

Do you all think we need a separate topic for gun rights discussion?